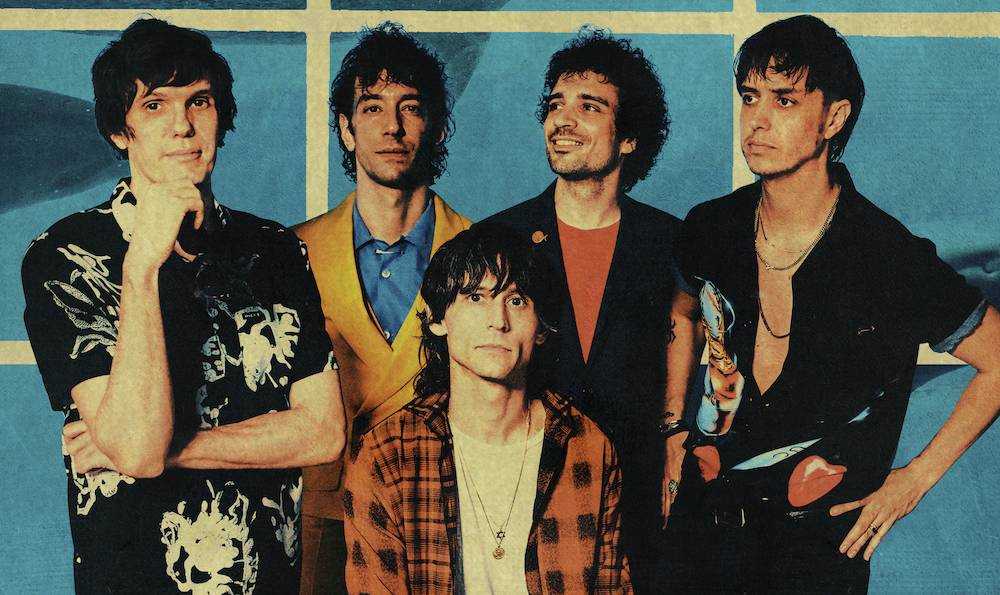 Over the years, I’ve loved a lot of music. I’m talking deep, emotional connections to albums that remain a deep-seeded part of who I am as a music fan — Pearl Jam’s “Vs.” or The Clash’s “London Calling” or The Replacements’ “Tim” all come to mind.

I love these albums. They remain deeply moving to me. They aren’t going anywhere.

Then there are those albums that I obsessed over for a time while never actually developing a deeper feeling for them. On this list you could put things like Live’s “Throwing Copper” and Outkast’s “Stankonia” and Stone Temple Pilots’ “Purple.”

In the case of the STP album, I don’t think it’s an exaggeration to say I’ve listen to that album front to back hundreds of times. I still enjoy it occasionally, but it’s no longer a defining album for me. It’s fun but it’s not moving, beyond the nostalgia of it all.

Rarely can music be both, at least for me. It’s like a girl you were briefly obsessed with when you were 17. At 39 you look back and realize it’s just as well that never went any further.

But can music be both? Can it fail to speak to you deeply, emotionally but still be something you return to almost 20 years later?

I don’t feel much for this album — aside from a bit of nostalgia for a certain care-free, frequently inebriated time in my life.

But the music is so damn catchy.

And so, that album has stuck with me these 18-plus years. I still love it. It still sounds amazing to me, even as subsequent Strokes releases have inevitably disappointed me.

I don’t know the words to a lot of the songs, in no small part because singer Julian Casablancas has a really weird delivery.

But I’ve also never felt the need to know what he said in the second verse of “Soma.”

(Actually, which one is “Soma?” I just sort of put the album on, let it get into a groove and before I know it, the ride is over.)

But I can play every note of all of those songs in my head, Casablancas’ voice functioning as a fifth instrument alongside drums, bass and a pair of guitars.

I’d go so far as to say I believe “Is This It” the best album of the 21st century. That’s saying something when you consider that my beloved Wilco has released eight albums in that era.

I’m thinking about all this right now because The Strokes have a new album released a few weeks ago.

You might ask why I should care. The last album I cared about was almost half my lifetime ago and the intervening Strokes albums have all let me down.

I don’t know why I care, but when I heard the new album was called “The New Abnormal,” I was intrigued. Never mind that they named the album months ago, that title in the midst of social distancing seemed to place the Strokes at just the right place and just the right time all over again.

Then I heard “Bad Decisions,” with it’s deligthfully-’80s influences, and I was hooked. Seriously, this song sounds like if Modern English’s “I Melt With You” and Generation X’s “Dancing With Myself” had a baby. (In fact, Billy Idol and Tony James of Generation X got a co-writing credit on this one.)

The whole album is pretty good, as it turns out.

Now all in their 40s, on the surface the Strokes seem about as bored as they did as privileged, vapid trust fund kids back in the early aughts.

But there’s a little more emotional depth to these songs, provided you can decipher Casablancas’ words, his delivery as opaque as ever.

So, here’s both “Bad Decisions” and “Brooklyn Bridge to Chorus,” two delightfully addictive songs that the band has been wise enough to release as singles.

And for good measure, here’s “Hard to Explain,” the best song off that great debut album.

Be good out there and keep enjoying “The New Abnormal.”