Friday Jam: My revolution came and went too soon 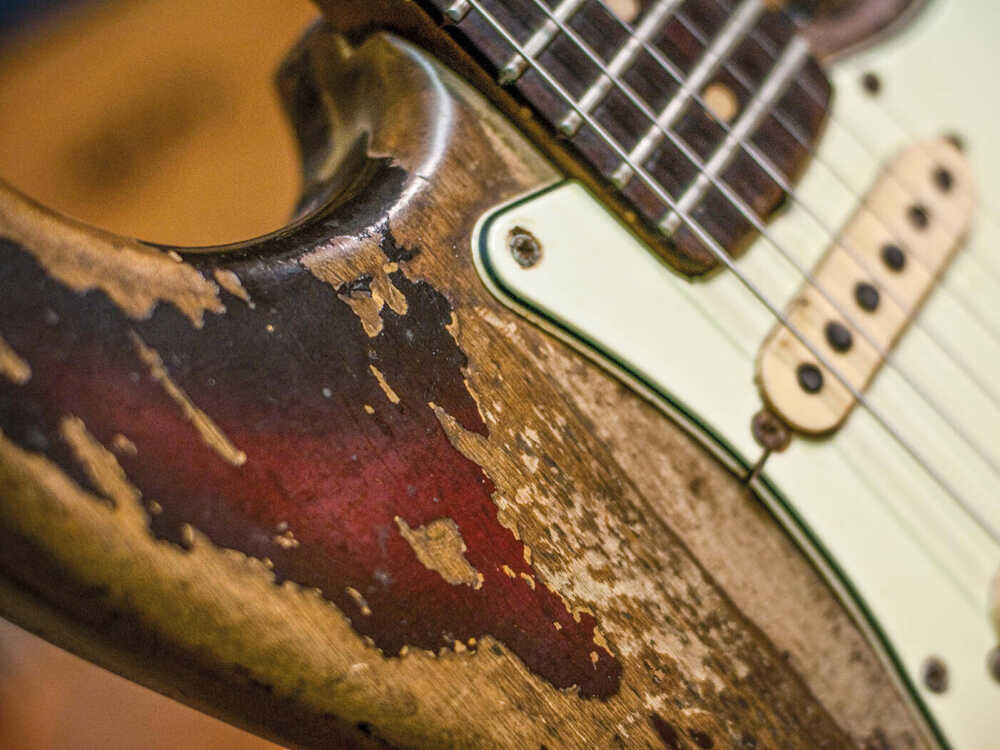 In the early 1990s, rock fans were looking for something new and different.

As the youth of the nation grew tired of the way music had looked and sounded for the past 20 years, we looked underground to find a new sound that would define us.

And we found it when around the dawn of the new decade, a new look and sound emerged from the most unlikely of places.

The revolution happened fast, going from underground, rat-infested clubs to selling out stadiums in a few short months.

It was, perhaps, too fast of a rise, as the fall came just as swiftly.

Very soon, the music-buying public had moved on from these reckless kids to whatever gimmick it was that came next.

For those of us who still loved our musical revolution, the fall still stings.

I am, of course, talking about the Teenage Mutant Ninja Turtles and their watershed 1990 album “Coming Out of Their Shells.”

The emergence of the Turtles on the music scene was shrouded in mystery, providing more questions than it did answers.

While none of us doubted they were a vigilante force to be reckoned with on the streets of New York, now they were conquering the music scene, where only the strong survive.

The ninja skills of Leo, Don, Raph and Mikey were obvious, and who could doubt their prowess, coming from a ninjutsu lineage as strong as Splinter and his master, Hamato Yoshi.

But where had they learned to play? Was the next sewer over occupied by a mutant iguana who had learned how to rock from Ted Nugent?

Of course not, the Motor City Madman would have killed that lizard and stuffed him.

Even if we don’t understand the origins, the talent, both for songwriting and playing, was obvious.

The duo of Raphael’s music and Michaelangelo’s lyrics gave us 10 tracks, nearly all of which are classics. From the opener “Coming Out of Our Shells” to the homage to sewer surfing “Tubin’” to “Pizza Power” to “No Treaties”, there’s no shortage of classics from these previously-unknown songwriters. 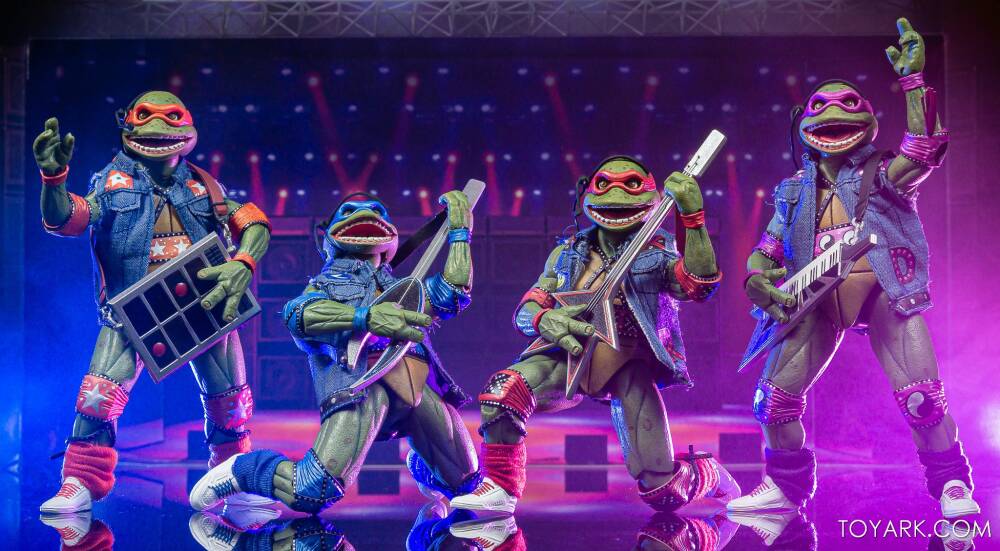 The musicianship is impressive as well.

Meanwhile, Donnie’s work on the keytar might have been the last great moment for that once-proud creation of Edgar Winter.

Picking up a bass might have been the only time that glory-boy Leo took a back seat to his brothers. But he manned it admirably, holding down the low end with aplomb.

And then there’s Mikey. Do you know what kind of rarified company it puts you in to be both lead singer and the only guitarist in a band? Do the names Jimi Hendrix, Eric Clapton, Kurt Cobain or David Gilmour mean anything to you?

Only Mikey was better than those hacks.

And to think, they played so well with only three meaty digits on each mutant hand. Simply breathtaking.

And it wasn’t simply the Turtles whose work was on display. Master Splinter’s songwriting and singing take center stage on “Skipping Stones,” a change of pace on the high-energy first side of the cassette.

The penultimate track of the album is “April Ballad,” featuring friend and reporter April O’Neil. Let’s be honest and admit this song belonged in a garbage can, but who knows if April’s talent could have been developed further on a better song?

It’s curious to me that Turtle associate Casey Jones didn’t get a song because you know that guy could rock.

Alas! This glorious debut was to be the only entry in the Turtles’ discography. Just as they concluding their world tour* in support of the record, The Shredder rose again to take back control of the Foot Clan.

Of course, fighting crime came first for these heroes, as it should have. While no one can question their decision to again save their home city from the forces of evil in 1991, it probably brought about the demise of music career.

A chance encounter with rapper Vanilla Ice, aka Rob Van Winkle, changed the direction of the Michaelangelo’s musical interest, ultimately driving a wedge in the band.

While no one can doubt the undeniable hooks of the one rap on the debut album — “Cowabunga” — it always played as more of novelty than a solid musical direction.

Mikey was convinced it was his future, though. He made an ill-fated appearance on Van Winkle’s 1992 record “Vanilla Don’t Mean Plain, Boooiiieee!!!” that was roundly panned by critics.

With Mikey becoming increasingly interested in emceeing, he grew estranged from his brothers musically. He no longer cared about writing rock songs with his Raph.

With no lyricist to share in his musical ideas, Raph became interested in jazz fusion. While these new pursuits did help with his long-simmering anger management issues, it only further estranged his other two brothers.

With no songwriter to guide them, Leo and Donnie laid their instruments down for good shortly thereafter. Then their relationship suffered irreparable damage in 1995 over a love triangle involving the sultry Ms. O’Neil.

And to think the descent all started because of Vanilla Ice. Damn you, Vanilla Ice!

Perhaps had the Turtles stayed together, they could have fused their interests and broken some ground, combining hip hop and rock to become nu metal before nu metal was cool.

(Editor’s Note: Nu metal was never cool, no matter how much Mr. Jernagan tries to validate some of the poor musical choices of his past.)

So, all we are left with is “Coming Out of Their Shells,” a monument to what might have been.

Perhaps the boys in the band wanted it that way, though. As the rock sage Neil Young so wisely told us, “It’s better to burn out than to fade away.”

Or maybe Das EFX had it right: “The sooky-sooky, bringin’ it from the sewer it’s the Boogie Bang.”

Regardless, thank you, my half-reptile friends. Thank you for the memories and the tunes.

*-It’s one of the great regrets of my life that I didn’t make my mom take me to witness this landmark tour.