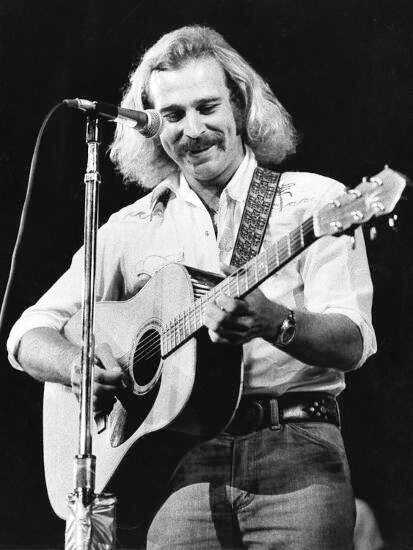 Most of my favorite songs were written by people in their 20s or early 30s. Having put those years behind me a while back, I feel a sense of awe at the old souls who managed to write such profound things at a young age.

How did Bob Dylan write something so enduring as “Like a Rolling Stone” at age 24? How did Van Morrison come up with “Into the Mystic” at the same age?

Also, I’m dumbfounded that not only did Dolly Parton write “Jolene” and “I Will Always Love You” on the very same day (Seriously!) but she did it when she was 27 years old.

And consider that the Beatles produced their entire oeuvre before any of them turned 30.

As I approach my 40th year and feel like there’s still so much for me to learn, I wonder how people more than a decade younger than I am now wrote such timeless, usually wise, all-to-often painful and world-weary music.

To that list (and so many I didn’t name) I’ll add what some might consider an unlikely candidate -- Jimmy Buffett.

No one can argue with the success Buffett has found in the last 50 years. From the humble beginning of floundering in Nashville, he moved south and invented his own subgenre of music, writing songs celebrating a beach bum lifestyle that eventually earned him fans around the world and made him worth more than a half billion (with a “B”) dollars.

But if you comb through the reviews, you’ll find that the critics have rarely been as hot on Buffett as his adoring fans. While not exactly panned, even his most beloved albums from the ‘70s garnered only tepid critical praise at best.

Additionally, I know some “serious” music fans who consider Buffett kind of a phony. They say he’s spent half a century promoting an unattainable lifestyle (one that not even he lives) to a bunch of desperate Boomers who’ve spent most of their lives chasing the almighty dollar only to pretend to be laid-back, carefree “Parrot Heads” while on vacation or at a concert with thousands of others.

It’s equivalent to folks of my generation having “Salt Life” stickers on the back windows of their Dodge Caravans, even as they spend 50 weeks a year among the cornfields of Indiana.

Against such a backdrop, it was surprising to many that in a 2009 interview with Huffington Post, the aforementioned Dylan was asked about his favorite songwriters and he responded thus:

I guess a lot of folks don’t consider Buffett one of “those kinds of writers,” even if one of the very best does. Buffett is supposedly not “authentic” enough, whatever that means. Let’s be honest and acknowledge that all songwriters have a gift for fiction, otherwise they'd be better suited as stenographers.

Pressed further, Dylan said his favorite Buffett songs included “Death of an Unpopular Poet” (which I hadn’t heard until this morning) and “He Went to Paris.”

Ah, “He Went to Paris.” That one hits the sweet spot for me.

If you only know the big hits like “Cheeseburger in Paradise,” “Come Monday” and “Margaritaville,” it may not be so familiar to you.

Yet, there it is, one of the standout tracks on Buffett’s 1973 offering “A White Sport Coat and a Pink Crustacean” (great album name) and the second -- and probably most overlooked -- song on his 1985 compilation “Songs You Know by Heart.”

When I was really into Buffett in my early 20s, “He Went to Paris” seemed like an above average song to me. Tells a nice story. Plenty of detail. Doesn’t get in its own way.

But revisiting it at age 39, there’s so much there. This is a great song.

It’s a simple, folky arrangement that adds more instruments as it goes along. I love songs that seem to be constructing themselves along the way, as if the drummer and piano player walked in after a minute and said, “Oh, this sounds good. I wanna jam too.”

In less than four minutes, Buffett tells a rich story of 86 years -- an idealistic young man settles into a simple, contented life before it’s taken from him by war. And so, after one last big change of scenery, he lives out his remaining years, battered but unbroken, in the Caribbean.

No words are wasted in this song. Buffett reveals new details with each of the 45 lines yet leaves much to our imagination.

There’s emotion there if we want to pick it up and run with it, but it never screams “look at me!”

Most important are the instrumental breaks. When he tells us that “four or five years” or “20 more years slipped away,” the vocals stop for a bit and we’re left to write our own story.

Are we supposed to imagine missed opportunities in those years? Perhaps, though I don’t think that’s an inherently bad thing. Life is all about opportunity costs. Rarely are we faced with a “good” option and a “bad” option. Instead, we have to choose where our priorities lie.

While our unnamed protagonist could still be “saving the world on his own,” instead, he’s enjoying “quiet, clean country living” with a wife and son he adores. Even when that’s taken from him, he regrets nothing.

That’s a beautiful thing and an experience to which I can relate — though I’d like to avoid the tragedy and alcoholism of the song.

I have no idea where I would be without my beautiful, patient, dedicated wife and our two amazing children, but I bet it would be more “exciting” than Greencastle.

But there’s no chance I’d be living a richer life. I’ve been happy to watch the last 13 years “slip away” here, enjoying the people I love most. And this town is now my home, unless someday I decide to “live in the Islands, fishing the pylons.”

And to think that Buffett wrote a song about this and so much more when he was 26 or 27.

Buffett is one of our great songwriters, even if he wound up getting old and rich along the way.

To put it another way, why do some judge Buffett harshly for the success he’s found, while still holding up Newman as a American gem, overlooking that he’s made a ton of money off of “Toy Story”?

They’ve both written great songs. Good for them that they’ve managed to make it lucrative.

So, the next time “Margaritaville” comes on the radio and you have a notion to either turn it up or turn it off -- I know the man elicits both reactions -- do yourself a favor and listen to some of his other songs when you get home.

There’s so much to tracks like “Tin Cup Chalice” and “Havana Daydreamin’” and “Trying to Reason with Hurricane Season” and, of course, this song.

In fact, you should listen to “He Went to Paris” right now.