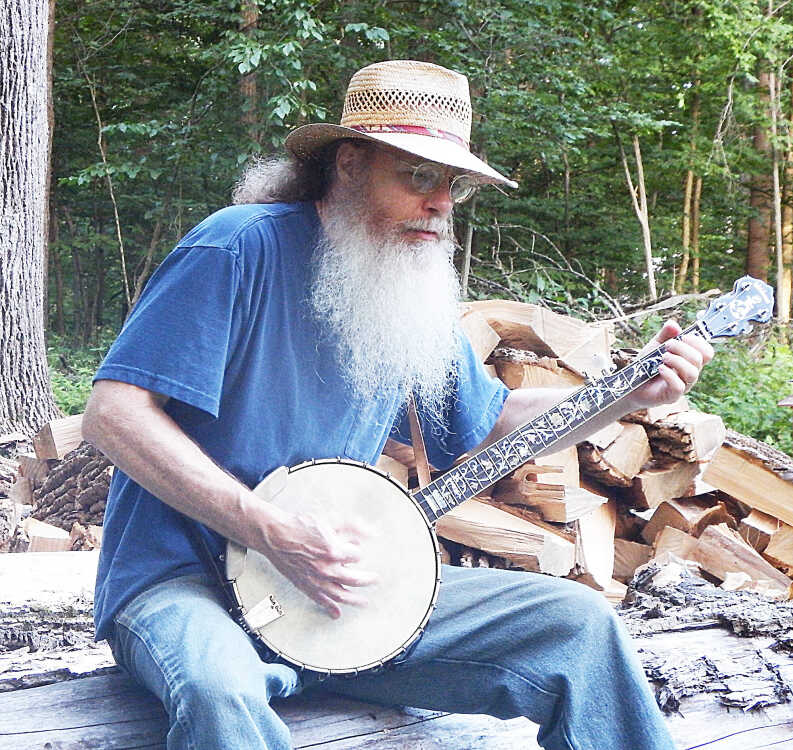 While I consider Greencastle my home, I know there are things that separate me from people my age who grew up here.

I see evidence of this in the way I address certain people.

I know you're a native — or at least a longtime resident — if you address Tom Graffis as "Dr. Graffis."

You see, while I understand Tom was a dentist in this community, he's never been a doctor to me — retired a number of years before I got here.

I first got to know him as a fellow adult (albeit of a slightly different generation) and member of the Greencastle Rotary Club. So, "Tom" it is when I talk to him.

It's also apparent when I talk to someone my age about Mike Van Rensselaer. Now, Mike is a prince of a man — always good for a smile, a kind word about something I've written or a short discussion about music or baseball. Though I'm confident we could actually talk for hours on those subjects.

But I can't help get a little green with envy when I hear someone talk about "Mr. Van." As most local readers know, Mike spent 35 years as a math and computer science teacher at Greencastle Middle School, known affectionately to generations of kids as "Mr. Van."

As much as I think of Mike, though, I never feel quite right calling him "Mr. Van." I was never his student, so I feel right just saying "Mike."

That doesn't stop me from considering Mike one of my very favorite Putnam County people. In fact, he might just be "The Most Interesting Man in Greencastle."

Consider this: How many math/computer teachers do you know who are also proficient on the guitar and banjo (and other instruments, probably?), were one-time newspaper sports editors or who can lecture, at length, on history?

Those are all part of Mike's story, which tells me he could have also probably have taught music, English, social studies, PE and quite possibly other subjects if called upon to do so.

I've also been told of the year he was chosen by the graduates to be the speaker at Greencastle High School commencement. And so, guitar in hand, he concluded his words of wisdom by leading the McAnally Center crowd in a sing-along of The Beatles "Let It Be."

"Nowhere Man," my foot. This is a true Renassaince man. (A word, incidentally, that I find as hard to type as Van Rensselaer — want to double the wrong letters. I have the same problem with Cincinnati, Mediterranean and Caribbean.)

With all of this as background, it was with great pleasure that I learned on Tuesday that Tad Robinson's performance at the final ParkFest of the year would be preceded by a virtual performance from Van Rensselaer.

The news was delivered by Civic League member/ParkFest emcee/friendly neighborhood chanteuse LaToshia Everson, who explained that Mike had opted out of performing live at the annual summer concert series at Robe-Ann Park because he and wife Pam are in the high-risk group for COVID-19.

However, appreciating the history of the event and the fact that Mike has performed in ParkFest lineup since the Civic League started the event back in 1994, Tosh found another way.

Those of us in attendance could not see the video, as it was still too bright to project it at 6:30 p.m., but we heard the words and, boy, were they full of meaning.

Not only did Mike sing three great songs — Bob Dylan's "The Times They Are a-Changin'" and John Prine's "Paradise" and the gospel/folk standard "Will the Circle Be Unbroken" — but his banter between songs was great. Did I mention he's also an excellent storyteller?

I won't recap the details for you because you can watch it here. Just know that Mike's words, both spoken and sung, moved me tears more than once — as if my cloth mask hadn't been fogging up my glasses enough.

But I was also smiling pretty much the whole time. The whole thing reminded me of the gem that Mike is. It's a privilege to know him, even if I'll never feel right calling him Mr. Van.

So, thanks to Tosh and Mike for keeping a tradition alive.

And, Mike, I look forward to seeing you perform in person again next summer, if not sooner. Let me put in an early request. As you know, "City of New Orleans" was written by your fellow Cubs fan, Steve Goodman. Do you ever perform that one?