Friday Jam: Seems like forever that she's been on my mind 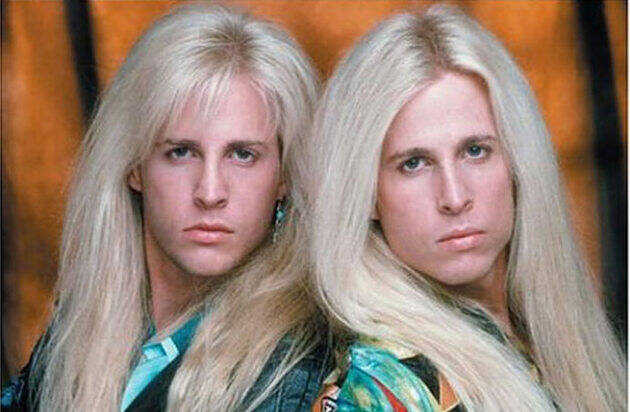 Would you admit to liking music by these guys? Well, I'm about to...

So, how does one get from Roy Orbison to late-era glam metal (if you'd call it metal) in just a couple of steps? It's really quite simple if you know a bit of music history.

While taking my recent foray back into Roy Orbison's music, I expanded into other early rockers, such as Ricky Nelson.

And Ricky Nelson, of course, sired twin sons Gunnar and Matthew, co-frontmen of the band Nelson, which scored a No. 1 hit in 1990 with "(Can't Live Without You're) Love and Affection."

Now, decades in music can be a bit misleading. The music of "the '60s," as most people of my generation understand it, really didn't start until the Beatles got really big in 1963 and 1964. For that matter, many of us immediately think of "hippie" music defining the decade, and that didn't really come around until 1967 or so.

And the Grateful Dead, for many the archetypal hippie band, probably didn't make any songs most of us have actually heard of until 1970s.

So it goes with glam metal — or hair bands if you prefer.

If you look at the commonly understood history of hard rock in the 1980s and 1990s, you'd probably believe that at the stroke of midnight on Jan. 1, 1990, Mötley Crüe, Poison and other bands of their ilk immediately became anathema and Nirvana, Pearl Jam and Soundgarden immediately ruled the world.

It's not quite so tidy. The truth is that "alternative" bands like R.E.M., the Talking Heads and U2 spent most of the 1980s making inroads into more commercial success.

Meanwhile, glam metal still ruled the day in the early days of the 1990s. The fact that they aren't technically "'80s music" but not stylistically "'90s music" leaves some pretty memorable power ballads by Damn Yankees, Skid Row, Firehouse and Extreme kind of lost in the shuffle.

But here's the thing: It kind of makes sense that these guys are stuck in the middle. While all their big hair, makeup and spandex gave these bands a lot in common with the '80s "metal" of earlier hair bands, the music bore little resemblance to true "heavy metal" of Black Sabbath, M0törhead or Judas Priest.

Most of these songs actually employ jangly acoustic guitars alongside the heavier instruments, a hallmark of the "post-grunge" movement that would emerge in the mid-'90s.

But as much as I might be ashamed to admit it, I love this song. Put whatever label you want on it, but at its core, this is just a pop song — and a pretty catchy one at that.

And if you don't like it, then Ha! You're stuck with the same earworm that's been plaguing me for 10 days or so.