Friday Jam: I am just living to by lying by your side 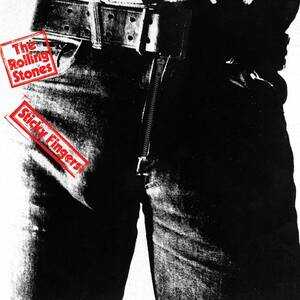 Classic Rolling Stones album "Sticky Fingers" was released 50 years ago today. For much of my life as a music fan, it was probably my favorite Stones album, though that honor now probably goes to the 1968 classic "Beggars Banquet," the Stones' triumphant return to blues rock following their ill-advised dalliance with psychedelia.

"Sticky Fingers" remains, however, the Stones' best collection of songs. "Beggars," "Let It Bleed" and "Exile On Main Street" all hang together (just slightly) better as albums, but every song on this April 23, 1971 release is above average, and most of them are absolute bangers..

To really see that, consider the three-song run that concludes the record: "Sister Morphine," "Dead Flowers" and "Moonlight Mile."

If you really look into the way many albums are sequenced, you tend to bury the weaker or more experimental tracks in the middle to end of side two.

There are great — even timeless — albums that still suffer from this. Springsteen's "Born to Run" album has "Meeting Across the River" as track 7 of 8 and it's ... less than ideal. Likewise, for some reason Pearl Jam included the ridiculous sound collage "Hey Foxymophandlemama, That's Me" at the end of "Vitalogy," which is otherwise my favorite PJ album.

No such tomfoolery here.

"Sister Morphine" is one of the best-known Stones songs that was never really a hit. The tale of drugs, fear and overdose is haunting and electric.

Then comes the country dirge "Dead Flowers," with its unrequited love story and yet another reference to hard drugs. (However, if I'm being honest Townes Van Zandt outdid the Stones with his live version of this song. It was all but impossible to out-lonesome Townes, even if you wrote the song.)

The album ends, though, with my absolute favorite tune on the album, "Moonlight Mile." I've always found it weird that some groups stick their subpar songs at the end of an album because if you want it to be truly great, you have to finish it with one of your best efforts.

I also like it when the last song takes the album in a different direction than it's been heading. In this case, things have gotten particularly heavy (in the hippie sense rather than the metal sense) on the last two songs. And "Moonlight Mile" starts out simply sounding exhausted — both in Mick Jagger's lyrics ("When the wind blows and the rain feels cold") and in his guitar playing (Yes, that's Mick's acoustic guitar, not Keith Richards or Mick Taylor.) as well as the spare piano part from usual trumpet player Jim Price.

But starting from a place of alienation and the weariness of life on the road, the song builds into a sort of hope, if not hope in the lyrics themselves then in the way the music builds. I love a song that gets bigger as it goes.

Taylor's lead guitar is soon a part of the mix, as is Bill Wyman's bass and Charlie Watts' drumming. (Keith is nowhere to be found on this one.)

Finally the string section (Taylor's idea) brings this beautiful, mysterious song — and this entire classic album — to its emotional high point. It gets big, hopeful, enchanting.

And then it's suddenly small again, with an exhausted Jagger again repeating, "I'm just another moonlight mile on down the road," but quietly this time. It's over. It's time to say goodnight.

Though some of the lyrics are a bit oblique (for example, Jagger insists that "a headful of snow" was about the winter European landscape from a train window and not cocaine) he's clearly pondering the loneliness of being a touring band: "Just another mad, mad day on the road."

But there's love, hope and warmth at the end of that road. I'm not sure how far a moonlight mile is, but it doesn't sound short.

Just knowing there's someone to hold on the other end of that distance is enough. I guess it has to be or we'd all go crazy.

Have a good weekend, people. Listen to "Sticky Fingers" and if you're at the end of that "Moonlight Mile," hold your loved one extra tight.