Saturday Jam: The door's open but the ride ain't free 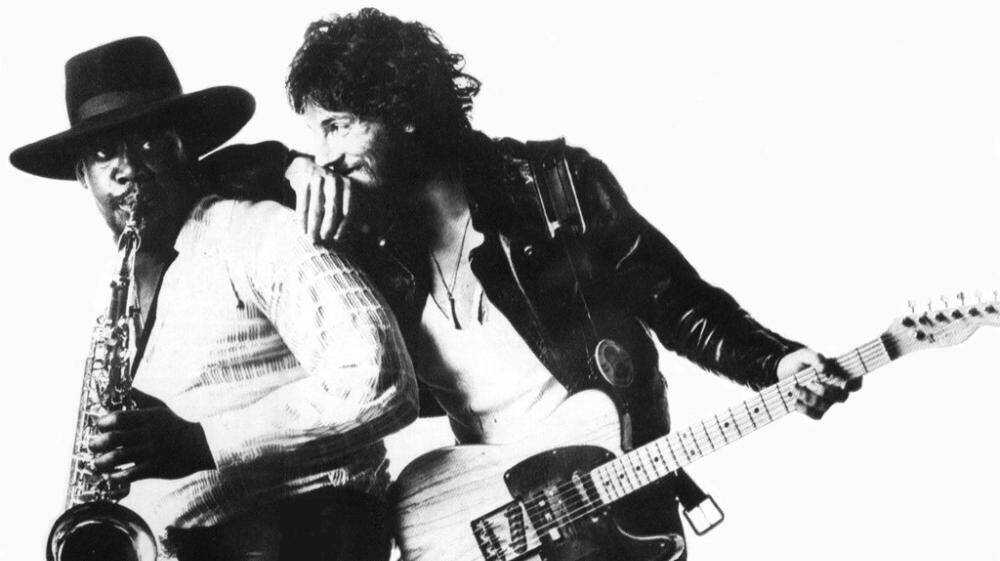 Bruce Springsteen is one of my favorite musicians of all time.

And "Thunder Road" is my favorite song he's ever recorded — No. 1 with an absolute bullet.

So I was bound to get around to writing about this classic someday.

There's the fact that when my six-year-old hears the piano-and-harmonica intro, she immediately says "I love this song!"

There's my mild obsession with the film "High Fidelity," particularly the part where they name their top five Side one, Track ones of all time, and somehow "Thunder Road" doesn't get mentioned. (Nor does "Tangled Up in Blue" nor "Like a Rolling Stone" nor "Gimme Shelter" nor "Wouldn't It Be Nice" nor "Welcome to the Jungle." Seriously, what kind of list was this?)

But mostly, it's that the song has so many things I love in a piece of music. It builds momentum as it goes, taking that soft and slow piano-and-harmonica beginning and adding every part of The E Street Band piece by piece, reaching crescendo when Clarence Clemons' saxophone — one of the centerpieces of The E Street sound — finally kicks in after almost four minutes.

It absolutely wears its heart on its sleeve. Then again, what kind of an early Springsteen song would it be if it wasn't earnest almost to a fault?

Most of all, though, it's filled with great lyrics. I mean, seriously, take your pick:

The door's open but the ride ain't free.

All the redemption I can offer, girl, is beneath this dirty hood.

Well I got this guitar and I learned how to make it talk.

It's a town full of losers — I'm pulling out of here to win.

And also, the delightfully flawed romantic line: You ain't a beauty but, hey, you're alright.

Recently though, "Thunder Road" was making waves on the internet not for these wonderful turns of phrase, but for an oft-overlooked word right at the end of the very first line of the song.

So I ask you, dear reader, after the screen door slams, does Mary's dress sway or does it wave? It might not matter much to you, but in an internet debate we haven't seen the likes of since "Yanny vs. Laurel," people have chosen sides and they aren't backing down.

So I asked three of the Bruce-obsessed people that I know, and they were pretty passionate in their responses.

Like me, Rick Johnston (you may know him as The Bearded Painter) not only loves Springsteen, but is obsessed with this song. We could talk music for days and he's pretty much the first guy I ask when I have any question like this. I knew he'd have a good take, and he did not disappoint:

I have always leaned toward the "sways." I mean really ... do dresses actually wave? I think not, Brother, they sway. Just like how the Boss has sang it all four times I've seen him and just like how I sing it back to him whenever I hear it on the radio or am singing it with him at a concert.

So that's one strong vote for "sways" from one of the most music-obsessed people I know.

He also brings up a good point. How does a dress wave? I've seen someone argue for personification, like the dress is waving hello to the narrator. That's a stretch, at best.

But Rick wasn't the only person I asked. There's also Dr. Dennis Knuth who, while sadly not a doctor of rock, certainly knows a thing or two about Springsteen, having gone to multiple concerts and listening to any new version of something he can get his hands on. You know what? I'll just let Dennis tell us about it.

The Good Doctor actually left that as a recording on my phone, which was more entertaining than just read it. He then followed it up by sending me a live recording in which Bruce, quite clearly (at least to my ears) did indeed say "sways."

But is there any love out there for the "waves" team? After all, the lyrics sheet in my CD copy of the "Born to Run" album says "waves." Closed captions on live Bruce DVDs have said "waves." I've also always kinda thought that's what it was.

I even know one Bruce-obsessed local musician who at least always thought it was waves. I asked Joel Everson (of War Radio and Him&Her fame) what he thought. After all, I've seen Joel perform the song live on more than one occasion, though I'll admit I wasn't thinking about what word he was saying at the end of the first line. The band even keeps an iPad handy with lyrics of the songs that it does and it has always had ... waves.

So, I think our iPad of lyrics says waves — I got it from Bruce's site — and that's how I've sang it. But I think sways is a better alliteration and likely what he was working for. That ties "slams" and "sways" together — similar to lonely and only in the next stanza. Answer: I would have said waves, but in the words of Maya Angelou "Do the best you can until you know better." Well, you get the point.

Ah, yes, the mind of a fellow writer. Thank you, Joel. I love the point about alliteration, and I would further bring up that the second line ends with "plays," so "sways" fits the rhyme scheme — not that Bruce necessarily let rhymes get in the way of saying what he wants to say.

So what else is there to do but listen to the song? Here's the studio version recorded in early 1975:

I have to say, when I listen to the studio version, I can make an argument for "waves." Since the word before — "dress" — ends with an "s" sound, you can't distinguish if one word is fading into the other or the "s" just applies to the end of the other word. And at the end, I feel like a kind of hear a subtle "v" sound.

But maybe it's because I always thought it said "waves." Well, "thought" is probably too strong a word, as I'd never really thought much about it at all. Sure, I love this song, but at some point along the way, I had heard the song a bunch of times, sang the words as I heard them and never gave any thought to how much they made sense.

Mary's dress waves? Sure, why not?

Of course, all this new attention has me reassessing things, playing that opening line over and over and over again ... and listening to different versions, though I can't claim 50 different renditions like Dennis can.

But let's turn to Springsteen's version from his legendary Hammersmith Odeon performance in November 1975, just a few months after the album's release. I don't actually love this version, as it never builds in volume or tempo, which are some of my favorite aspects of the song. However, by staying slow and muted, the lyrics are much clearer.

So, put me in the same camp as Joel. I did the best I could until I knew better.

So, how do we explain the difference from what we hear and what we've read over the years? Well, in the face of this controversy, Springsteen's longtime manager and producer Jon Landau classified the lyrics sheet as having a typo — one that has since been corrected on brucespringsteen.net.

Landau even said the original handwritten lyrics said sways, which should pretty much settle it.

A, yes, a typo. As someone who's seen literally thousands of things I've written or edited go into print, I understand typos. It's certainly a reasonable explanation, and probably the correct one, considering that one of the people involved said so.

But I have another theory, that's probably crazy, but just indulge me for a minute.

You can work your tail off on writing something. You can pore over every word. You can edit ... add parts ... subtract parts ... add them again ... rework the whole damn thing. Change this word ... that word ... say them both out loud and ask someone else's opinion.

When it comes time to publish (or in Sprinsteen's case, record) you decide that it is perfect, ready to go, the piece you were dreaming of from the beginning.

Perhaps in that moment, he decided to say "waves."

And then, after the ink has dried (or the vinyl cooled), it's only then that you realize something's wrong, and it's so obvious now..

It's maddening. It the kind of thing that keeps you up at night.

But here's the difference in a performer and a newspaper writer: You get the chance to start fresh with that song every single night. Sure, the version everybody hears from the album could have said "waves" (and I'm not saying it did) but you can sing it as "sways" night after night after night. Nobody will ever notice, right?

Well, they won't for another 46 years until some New York Times writer says it's "sways" and touches off an internet firestorm.

Then again, maybe I'm full of it. Jon Landau is way more of an expert than me. And so are Rick and Dennis, to a certain degree.

So where does that leave me? Perhaps I've wasted the last few days obsessing over a debate that was already settled.

But really, is any time spent thinking about one of the great rock 'n' roll songs of all time a waste? I certainly don't think so.