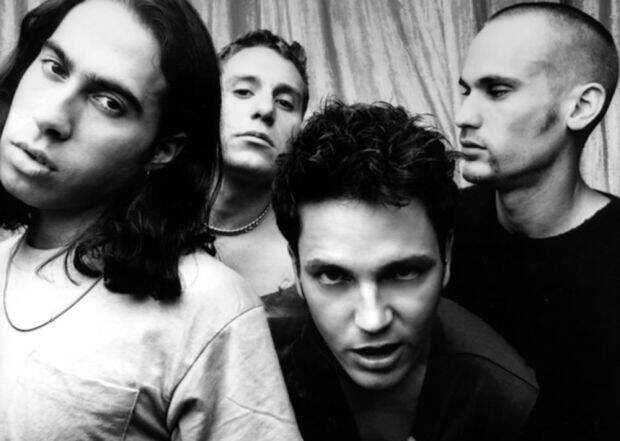 We all have songs that are frozen in time for us. They take us back to a particular time and place in our lives.

Perhaps you always remember that you were a kid in junior high school when Petula Clark was going "Downtown." Or maybe Van McCoy & the Soul City Symphony were doing "The Hustle" when you turned 21. Or did Don Henley's "Boys of Summer" define the summer before your senior year?

What these songs all have in common -- at least for me -- is that they aren't timeless. Instead, they are very much of their time.

This concept occurred to me a year or so ago when the Jernagan family all piled in our car, turned on the radio and Third Eye Blind's "Semi-Charmed Life" began streaming out of the speakers.

After Nicole and I initially laughed and wondered at this kid's insight, I thought for a moment and said, "Yes, Hannah. More than almost any other song I can think of this is the '90s."

Now, when I say that, I don't mean it's the best song of my formative musical decade. Far from it. Even if we limit ourselves to alternative rock, several other songs come to mind — Pulp's "Common People," Pearl Jam's "Alive" (or about a dozen others), Red Hot Chili Peppers' "Under the Bridge" or several others by Pavement or Smashing Pumpkins or Weezer or... or... or...

Clearly, I could talk about this stuff all day.

But here's the thing about those Pearl Jam and Nirvana songs in particular— I still listen to them. They aren't frozen in time like some prehistoric mosquito trapped in amber. They're still vibrant, living things to me.

For alternative kids of the '90s, we've carried them with us.

As for Third Eye Blind? Well, "Semi-Charmed Life" is a delightful piece of pop rock, one whose melody, tempo and overall demeanor bely the fact that it's actually telling a tale of addiction.

If you were listening to rock radio in 1997, it was absolutely inescapable. For me, it is intrinsically linked to the first summer I had my driver's license. In my mind, it played every hour, on the hour, on 95.7 The Rocket out of Lafayette.

If I'm being perfectly honest, I didn't like the song that well at the time. But now it brings about a certain sense of nostalgia for me. I listen to it and I'm immediately 16 again, cruising around in that beat-up 1986 Ford Ranger.

And so I keep it on a shelf, a souvenir from a different time in my life. Every once in a while, we notice those little keepsakes, take them down off the shelf, reminisce for a bit, and then put them back.

If you're so inclined, would you take a four-minute trip down memory lane with me?

Thanks, and be good out there, people.