WEDNESDAY JAM: I'm about to lose my worried mind 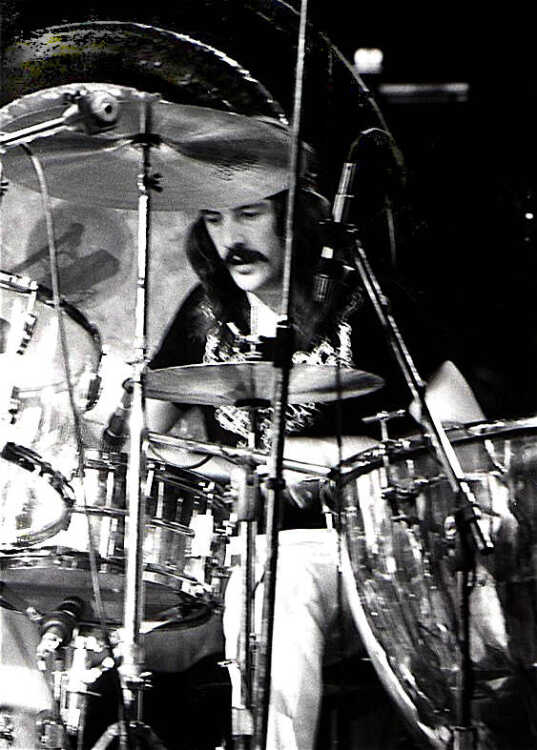 What happens when you’ve listen to a song dozens of times — if not hundreds?

You start to notice things you didn’t hear the first 10 or 11 times you heard it.

This is definitely the case for Led Zeppelin’s “Since I’ve Been Loving You,” a song that’s been bouncing around in my head since I first heard it as a teenager — about 25 years after it was first released.

Why did I latch onto this song at 17? I didn’t really understand heartbreak at that age, nor did I get “working from 7 to 11 every night.”

The obvious answer is, it has an absolutely killer guitar solo. Like, seriously, Jimmy Page was my favorite guitarist for a long time, and the feeling conveyed through that solo reminds me why every time I sit down and really listen to this song.

But there’s something else I’ve noticed over the years, almost subconsciously at first.

But what in the name of Thor's hammer is that squeaking?

There's a definite squeak that you can't hear once the instruments pick up and Robert Plant starts singing, but it comes back in the quieter moments later on.

It's not a random sound, but seems to have a certain rhythm to when you hear it. Could it be a squeaky bearing on the tape recorder? Doubtful, or it would ruin the whole track, I'd think.

But what else could it be?

Through the wonders of Google, I finally got my answer, in the form of this article from Far Out magazine.

Anyone who knows hard rock knows that "Bonzo" Bonham was playing faster than anyone else in mainstream music in 1970. What they may not know, is that only one bass drum pedal was on the market back then that could keep up with Bonham, the Ludwig Speed King 201.

There was a catch, though. The spring on the pedal was really loud, leading it to be nicknamed the "Squeak King." Apparently getting the level of tension needed to keep up with Bonzo came at a price.

Oil didn't get rid of it, the squeaking just had to be edited out.

What's weird, though, is that it wasn't. Now, Led Zeppelin may not have been launched into the stratosphere by 1970, the way they would be within a couple of years, but they also weren't a bunch of amateurs either. They had already released two highly-acclaimed, bestselling albums the year before. Page and Jones were already well-known session men as well as Page's work with the Yardbirds.

So, how did this big, rich rock band with access to the best equipment money could buy miss something that should be obvious to seasoned musicians and engineers? We don't really know.

Page has been quoted as saying the sound was never really an issue until the band started putting together boxed sets years later.

"It sounds louder and louder every time I hear it!" he told Guitar World in 2003. "That was something that was obviously sadly overlooked at the time.”

But is it actually sad? I mean, noise is an important part of rock music. Think about that panting noise in the Beatles' "A Day in the Life," as well as that terrifying whatever-it-is after the song has seemingly faded out.

There's also the use of clock sounds on Pink Floyd's "Time" as well as cash registers on "Money" later on the "Dark Side of the Moon" album. Absolutely brilliant.

But those were obviously on purpose. I'm certain that the boys in ol' Led Zep would have edited out the squeak if they had noticed, in much the same way that countless guitarists would get rid of the sounds of their fingers sliding on the strings.

I'd like to suggest that they don't, though, even if they're able. The beauty of music isn't in its perfections, but in its imperfections. I want to know it's made by humans, even if they are humans with a skill level I can barely fathom. In much the same way, little differences and imperfections in the process are what make a good bourbon what it is.

Then again, I developed my love of music on grunge, with its warts-and-all approach to noisemaking.

So, I applaud you, Jimmy Page, for never going back and taking out the squeak on any of the remastered versions. We know it. We love it. It's definitely part of the song.

And if you like this song but had never noticed the squeak?

I'm sorry. And you're welcome.