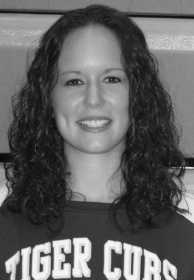 "We will have to work harder as a team to improve," coach Trish Lowe said. "I felt as though we improved in some areas, yet faltered in others. I was happy with our serving and our serve receive was better. Our basic teamwork needs much work."

Next match -- Greencastle will host Tri-West at p.m. today.