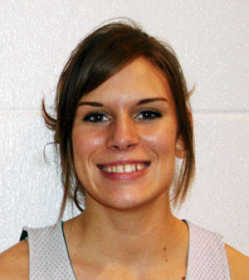 For The Banner Graphic

In what promised to be an evenly matched contest between Debbie Steffy's South Putnam Eagles and Bruce Cook's Cloverdale Clovers, Cloverdale turned a tight six-point contest at halftime into a relatively easy 57-34 victory en route to the 2007 Putnam County Championship Friday evening.

Cook was obviously pleased with his team's hard-nosed, balanced effort: "I'm pretty happy with our play," stated Cloverdale's mentor at the game's conclusion.

Clover Kristin McCammon notched 12 first half points to enable Cloverdale's 26-20 halftime margin. Notably absent from South Putnam' lineup for much of the first half was Meghan Canary, who had to sit a majority of the opening sixteen minutes with two personals. Canary ended up going scoreless for the game, managing just one field goal attempt, and fouling out late in the contest.

South Putnam was never able to recover from the absence of it's floor leader, although Oceaia Boetjer led the Eagles with 13 points. Leah Butts added 11, and Bailey Birt contributed 10. Those three, however, were the only South Putnam players to score. 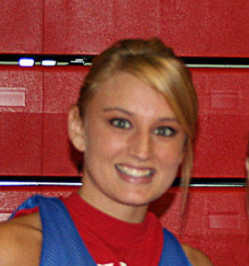 The second half saw the Clovers take control, outscoring South Putnam 31-17. While the Eagles found themselves struggling to score, Cloverdale shot a torid fifty-five percent from the field in the closing stanza, often taking advantage of post player Elizabeth Cheatham's presence on the block. Cheatham finished the game going 8-9 from the floor and tallied 17 points.

Cook was nevertheless most pleased with his team's defensive effort and their attention to the intangibles: "I thought our defensive effort in the second half was outstanding, and I can't say enough about Chelsie Haltom's play tonight. Chelsie doesn't score a lot of points for us, but she does so many things that make us a better ballclub."

The Clovers will host Riverton Parke at 7:30 p.m., while the Eagles will travel to West Vigo at 7:30 p.m. Tuesday.