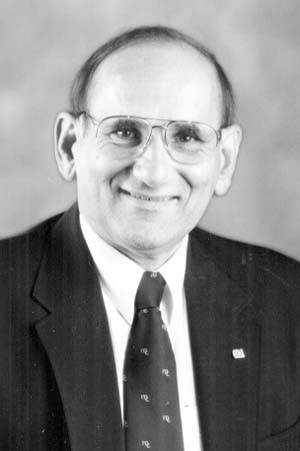 Throughout our lives, we have many individuals that enter and depart. If we are lucky, some of those individuals leave an indelible mark on the lives they touch. Mike Rokicki was that type of individual.

Rokicki not only touched lives -- he improved them. He was a member of 19 organizations, including a three-term stint as president of the Greencastle City Council.

He donated his time to organizations such as the Special Olympics, the United Way, the Lions Club and the Putnam County Comprehensive services to name a few.

Along with Fire Chief Bill Newgent, Rokicki developed the Friends of the Fire Department program in 2001. The organization has helped the department gain access to previously unavailable grant money due to its not-for-profit status. Since its inception, the program has made it possible for the fire department to purchase equipment needed to provide the citizens of Greencastle a greater sense of security.

For his efforts, Rokicki was honored in 2002 with the Greater Greencastle Chamber of Commerce Citizen of the Year award. While accepting his award, Rokicki responded in his humble yet hilarious manner everyone had came to love.

"I don't really deserve this -- but I'll sure take it," he responded.

After Rokicki's passing in August of 2003, DePauw University men's basketball coach Bill Fenlon, along with the Greencastle Kiwanis and Rotary Club, announced the Mike Rokicki Community versus Cancer Challenge. The event was to be an opportunity to raise money for the American Cancer Society and honor a beloved member of the community.

So far, the event has raised $4,000 during its four-year run and hopes to add to that total this weekend.

Along with the Tigers, Marian College, Transylvania University and the University of Chicago will compete for the challenge title.

DePauw has captured the challenge title the past two seasons, with victories over Manchester and Ohio Wesleyan.

When the inaugural challenge was announce, Fenlon commented he thought the event was a way to honor a one-of-a-kind community leader and bring awareness and support to a cause.

DePauw will face Marian in the opening game, with a start time of 6 p.m. Saturday.