11 acres of land set aside for families in Putnam County 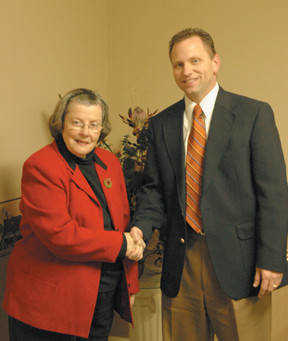 Putnam County Habitat for Humanity celebrated the largest land purchase in the organization's history Wednesday, after closing on an 11-acre plot of land just north of Greencastle.

The land, previously owned by Southern States, is located at the end of Barnaby Mill Road and is large enough to build up to 18 habitat houses, said executive director Marj Weaver.

"We can ensure affordable Habitat zero interest mortgages with land at a reasonable cost for years to come," Weaver said.

The $40,000 purchase, brokered by Habitat board member Barbara Hill, is expected to be fully paid for in less than six months and may allow the organization to double the number of Habitat houses constructed every year.

According to Weaver, the organization has lofty goals for the property, which is currently zoned both commercially and residentially.

The next step, according to Hill, will be to secure a grant to construct a road running the length of the property and connect water and sewer lines.

Habitat estimates that the entire infrastructure project will cost roughly $300,000 and hope the new site will be ready for DePauw University women to break ground on Putnam County's first all-woman build by the end of 2008.