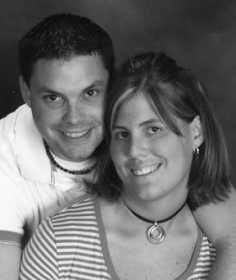 The groom-to-be parents are Steve and Ruth Binion, Terre Haute.

DeVylder is a 2004 graduate of Greencastle High School and 2006 graduate of Ivy Tech. She is employed at Fifth Third Bank, Terre Haute.

Binion graduated from Southeastern High School, Hanover and EMT, Inc. in 2001. He is a paramedic at Newport Chemical Depot. He is also a part-time paramedic for Parke County and works for Greencastle 911 dispatch.

The couple will be married June 7 at the Hanna Street Baptist Church, Greencastle. A reception will follow at the Greencastle Moose Lodge.

They will reside at their home in Terre Haute with their son Cooper Joseph Binion.