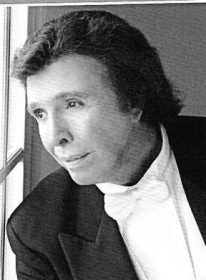 He was born on Jan. 23, 1941 in Henderson, Texas to Forrest H. and Hazel M. Irwin. Stan was a 1959 graduate of Terrell High School in Terrell, Texas, where he was a member of the 1957 Texas State Champion football team. He received a full football scholarship to Baylor University, playing in the 1960 Gator Bowl and graduated in 1963, receiving a B.A. degree in English.

Dr. Irwin served as minister of music or as soloist in several congregations. He made two recordings, "Irwin Sings Gershwin" and "Night and Day." His public singing appearances included the Zurich Opera, Barbican Centre in London, Carnegie Hall, the Dallas Symphony, Indianapolis Symphony Orchestra, Indianapolis Chamber Orchestra, and Hohenems Palace and the Klagenfurt Stadttheater in Austria.

A winner of the World Wide Voice Competition in New York, he was awarded contracts to perform Beethoven's Ninth Symphony at Lincoln Center, and in 1988 made his British debut performing the Brahms Requiem with The Philharmonia Orchestra of London.

His teaching career began as an associate instructor of voice and director of choirs at Simpson College in Iowa.

Since that time, he has continued to teach voice and related courses.

He is survived by his wife of 38 years, Jane; a son, Mark A. Irwin and wife, Ashley N. of Greenwood; a grandson, Jase Bradley Irwin; a brother, Joe F. Irwin of Brownsville, Texas; a sister, Jeanne Irwin Cowart and husband, Jim of Henderson, Texas; and four nephews, David and Bill Irwin and Matt and Craig Cowart.

Interment will be in Forest Hill Cemetery.

The family will receive friends on Thursday from 4 to 8 p.m. at Bittles & Hurt Funeral Home, 602 East Washington Street, Greencastle.

Memorials may be directed to the Stanley R. Irwin Memorial Fund for the DePauw School of Music, P.O. Box 37, Greencastle, IN 46135 or the American Heart Association, 7272 Greenville Avenue, Dallas, TX 75231.

Condolences may be e-mailed to the family at INBTH@keystonegroup.com