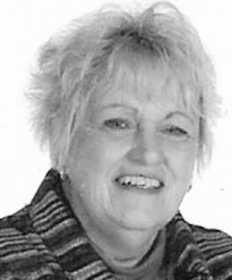 She graduated from Fillmore High School in 1965. Linda worked for Dr. Tavel as a store manager as well as Dr. Nesty and most recently Clay Community Schools as a teachers aid.

She attended Prairie City United Methodist Church. She enjoyed arts and crafts, camping and spending time with her family and grandchildren.

She was preceded in death by her father Gene Smythe.

Services will be at French Funeral Home, Thursday, June 12, 2008, at 2 p.m. with John Fischer officiating.

In lieu of flowers donations may be made to Prairie City United Methodist Church, envelopes will be available at the funeral home.

To light a candle in her memory visit www.frenchfuneralhome.com