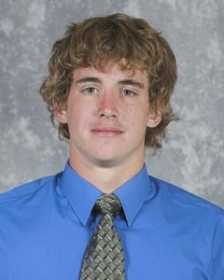 The best swimmers in the United States will be converging on Omaha, Neb. next week, all of them seeking a spot at the U.S. Olympic team and a chance to compete in August Olympic games in Beijing.

Among the swimmers will be Greencastle native Andrew Bretscher.

A 2006 GHS graduate and current Ohio State student, Bretscher comes from quite the swimming family. He is the son of long-time GHS coach Paul Bretscher and DePauw women's coach Mary Bretscher. His older brother Daniel succeeded Paul as the Tiger Cubs' coach before last season.

Uncles Matthew and Nathan Bretscher also competed for the Buckeyes.

Bretscher heads to Omaha having swam a 55.05 in the 100-meter butterfly, .54 seconds better than the Olympic standard.

At the trial, though, there is certainly a stacked field. Bretscher's seed time has him tied for the 64th best in the 109-man field in the 100 fly. The top seed is world and American record holder Ian Crocker, with his time of 50.40.

Bretscher is excited to have a great opportunity, though. On the Ohio State website, he says the Olympic Trials "Will be the biggest meet of my life."

"I was really excited when I got the cut," Bretscher said. "Just to get a chance to compete against these guys and make an Olympic Team, that's really a dream for any swimmer."