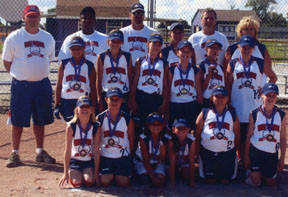 The West Central Hurricanes 10 and under fast pitch softball team, made up of six players from Greencastle and six players from Belleville, won the Ben Davis All-Star challenger on June 28 and 29.

The team competed in pool play on Saturday defeating New Palestine 13-2, Whiteland 11-3 and the traveling team Lawerence Xplosion 8-7. In the Xplosion game, the Hurricanes scored eight runs in the final inning to enter single elimination tournament on Sunday as the No. 1 seed.

The West Central team defeated the Xplosion again on Sunday and seized the championship with a win over New Palestine 12-3.