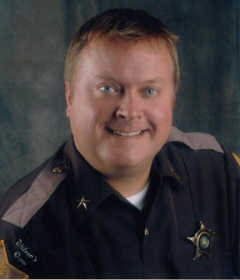 Former Sheriff Mark Frisbie has enlisted in the military, but his status there is currently in limbo.

Jodie Newby, public affairs officer for recruiting and retention with the U.S. Army National Guard office in Indianapolis, confirmed that Frisbie, 38, signed up for duty on Aug. 7 -- eight days before he tendered his resignation as sheriff of Putnam County, and two weeks before he was formally charged with felony federal program theft by the U.S. Attorney's Office in Indianapolis.

"He didn't have any charges against him at the time he enlisted," Newby said. "Should he be found guilty, he will be discharged automatically, the same as anyone convicted of a felony would be."

Newby said Frisbie had been slated to begin basic training in January, but those plans are on hold pending the resolution of his court case.

A conviction on a federal charge would mean Frisbie would not be allowed to carry a firearm.

Frisbie's charges allege he misappropriated more than $12,000 in county funds between January 2006 and March 2008.

A date for his initial court appearance to hear the charges against him has not been set. An investigation into the matter was conducted by officers from the Federal Bureau of Investigation and the Indiana State Police.

If convicted, Frisbie could be sentenced to up to 10 years in prison and assessed a $250,000 fine.