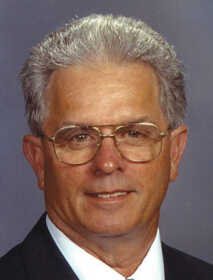 Born April 6, 1941, in Rensselaer, he was the son of Joyce "Bud" and Maxine Williams Smith.

A 1959 graduate of Remington High School, John was self-employed as a general contractor.

He was a member of the Converse Church of Christ. John enjoyed woodworking and fishing.

Surviving are two sons, John S. Smith Jr. and his wife Becky, of Cartersville, Ga., and Daniel H. Smith and his wife Laura, of Lafayette; one daughter, Gina S. Phairas and her husband Dan, of Asheville, N.C.; three sisters, Patricia Sheldon, of Greencastle, Barbara Lawson, of Wolcott, and Maryanne England, of Lafayette; and six grandchildren.

He was preceded in death by his parents and one sister, Rachel.

Friends may call from 3 to 7 p.m. Thursday in the funeral chapel.

Memorial contributions may be made to the American Cancer Society, the American Heart Association or Serenity Hospice Foundation, Inc., 103 S. Grant Ave., Fowler, IN 47944.

You may light a candle of hope in memory of John and view his video tribute online at www.fisherfuneral chapel.com