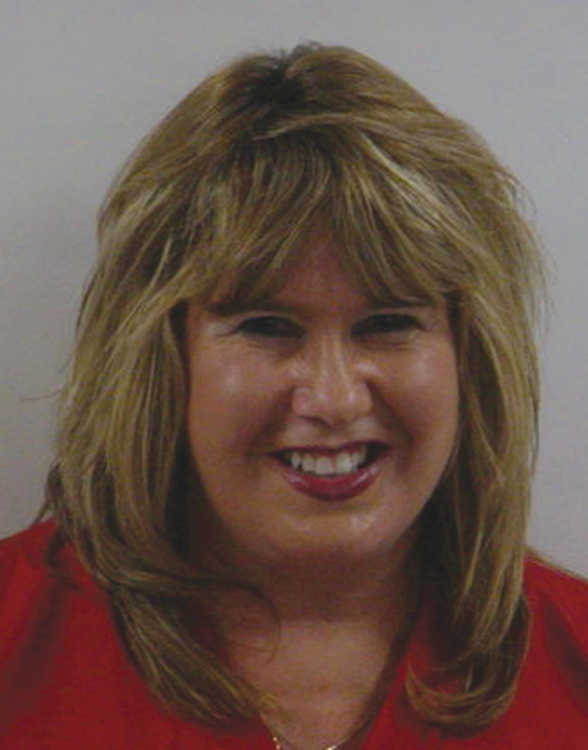 A Greencastle woman convicted of stealing more than $130,000 from a former employer was given a 2 ˝-year sentence in Putnam County Circuit Court on Thursday, but will likely never spend a day in jail.

Tamera S. Wade, 45, was ordered by special Judge Thomas K. Milligan of Montgomery County to spend 18 months of her sentence as a direct commitment to Putnam County Community Corrections -- house arrest -- and the rest on probation.

Perhaps the most compelling testimony during the hearing Thursday came from Wade's son Tyler, 19, a Wabash College freshman.

"She's been a great mom," he said, making eye contact with his mother from the witness stand. "Without a strong household, I don't think the successes I've obtained would have been possible."

Wade was convicted of one count of Class D felony theft for taking a total of $130,828.05 over a four-year period from her former employer, Greencastle accounting firm Edward Wood & Co. Inc. From 2004 to 2008, Wade wrote 183 checks to herself from the account of Kappa Kappa Gamma Sorority, which she oversaw at Wood & Co.

Wade said she wished she could say why she committed the thefts.

"Maybe it was depression, maybe it was a chemical imbalance," she said. "It's hard for me to comprehend that it happened."

Over the past four years, Wade said, several unpleasant things had happened in her life. Among them were the death of her father and mounting credit card and other debts.

Wade wrote the checks to herself and then used the signature stamp of a co-worker, Betty Skaggs, without Skaggs' authorization.

In court, Skaggs said she began having suspicions about Wade when she got a call from the bank saying the Kappa Kappa Gamma account was overdrawn. She found bank statements for the sorority in Wade's desk drawer, most of which were unopened, she said.

Skaggs and Ron Terry, who was Wade's supervisor, confronted Wade about the thefts on July 28. Skaggs said Wade became "defiant" at that meeting.

"She said, 'I wouldn't have had to steal if you'd paid me what I was worth,'" Skaggs said.

Skaggs said Wade also tried to convince Terry to let her keep her job and pay back from her salary what she had taken.

Wade worked for Wood & Co. for 10 years. She said as people quit, died or reduced the hours they worked, "More and more responsibility was being dumped on me at work." She said she asked for raises, but they didn't materialize.

Although Kappa Kappa Gamma is the only account Wood & Co. has lost as a result of Wade's thefts, Skaggs said other clients were uneasy about the safety of their money.

"We've had a lot of calls from other clients wanting to know if their money was OK," Skaggs said. "It's been a lot more work on my part."

Wade's husband of 23 years, Keith, said he had no idea his wife was taking money from her place of employment.

"We weren't spending money on sports cars and yachts," he said. "I never would have suspected it, and I still have trouble believing it."

Keith Wade said his wife is genuinely sorry for what she did, and that a no-contact order for her and her victims was rough for her because she wanted to express that to them.

"She wanted to apologize to the people she hurt," he said, his voice breaking. "It's been so hard for her not to be able to do that."

Wade's mother, Janice Inman, with whom Wade and her family reside, described her daughter as "a nurturing person." She said Wade took many trips to the hospital and nursing home during her father's illness.

"Tammy was with me night and day," Inman said. "I think (her father's death) had more of an impact on her than I realized."

The Wades also have a 9-year-old son, and Inman said the boy would be devastated if his mother went to jail.

Also speaking on Wade's behalf was Mark Miller, the pastor at Greencastle Christian Church, where Wade and her family worship. Miller said Tyler Wade had come to speak to him after his mother's arrest.

"It was a shock to him," Miller said. "It was out of character for what he'd seen and what he'd grown up with."

On the stand, Indiana State Police investigator Scott Stockton said Wade had been "burning the books" -- taking money from the sorority account and never logging the transactions, so to anyone looking at the ledger nothing would appear to be amiss.

Wade's thefts came to light when there were not enough funds in the sorority account to pay a presented check.

"A check that had been issued to an employee of Kappa Kappa Gamma bounced," Stockton said.

Stockton went to Wade's home to confront her with the theft allegations against her on Aug. 5. He said she had been "truthful and honest" since the beginning of the investigation, and that she was "remorseful."

Stockton said Wade told him she had used the stolen money for childcare, household expenses, bills, groceries and car payments.

Wood & Co. was insured for $100,000 against employee dishonesty. Wade presented a cashier's check for $31,828.05 to the Putnam County Clerk's Office Thursday to pay for the balance of what she stole and Wood & Co.'s insurance deductible.

Before Milligan handed down Wade's sentence, Wade expressed her apologies to her former co-workers.

"They were my family too," she said. "A co-worker's mother passed away after all this happened, and it broke my heart not to be able to be there for her."

Deputy Prosecutor Justin Long said he was struck by the length of time over which Wade committed the thefts.

"It didn't end until she got caught," he said. "I appreciate that she's been through personal tragedies, but that didn't give her any special rights. She threatened a business and violated client trust."

Wade's attorney Darrell Felling said his client didn't think she had been entitled to the money she stole.

"What I do think is relevant is to ascertain how the circumstances occurred," he said.

Milligan said Wade had been "a rather model person in most respects."

"The only blot on her character appears to be the taking of this money that didn't belong to her," he said. "There's nothing particularly unique or remarkable about what Ms. Wade did. What she's got to show for it is a criminal record."

Milligan pointed out that Wade could have been charged with 183 counts of theft and as many counts of forgery.

"She got a terrific benefit from the prosecutor's office," he said.

During her term of probation, Wade must complete 1,000 hours of community service per year. She must pay court costs and maintain employment, as well as pay back the people who paid off her debt.

In addition, she must sign a fourth amendment waiver so that she could be subject to searches of her home or person at any time; consume no alcohol or controlled substances and submit to a psychiatric evaluation.

Comments
View 56 comments
Note: The nature of the Internet makes it impractical for our staff to review every comment. Please note that those who post comments on this website may do so using a screen name, which may or may not reflect a website user's actual name. Readers should be careful not to assign comments to real people who may have names similar to screen names. Refrain from obscenity in your comments, and to keep discussions civil, don't say anything in a way your grandmother would be ashamed to read.
Respond to this story