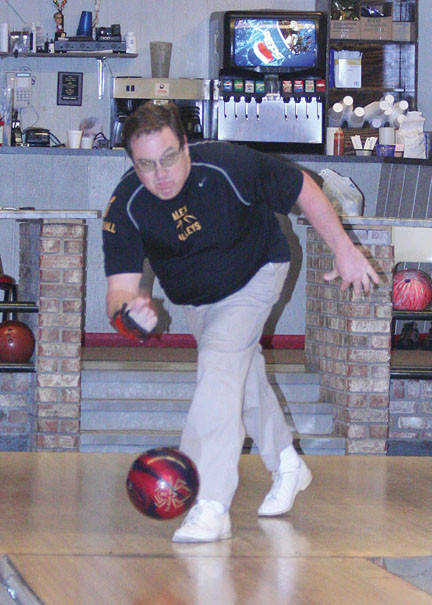 Local bowler Walt Marshall bowled a 300 on Wednesday night at Alex Alleys. Marshall threw 21 consecutives strikes during his four games on the night.

11,500 to 1 -- the odds of throwing a perfect 300 bowling game. Many bowlers aspire to reach the feat and on Wednesday night one local bowler achieved that accomplishment.

Who knew that when Walt Marshall tossed a 211 in his first game that would be just the tip of the iceberg?

His first game ended well enough with a couple of strikes, but it was in his second game of the evening when Marshall began to chase what some bowlers strive a lifetime to achieve.

A bowler since age 18, Marshall acknowledged that the closer he came to achieving the feat, the more nervous he became.

"Well by the tenth frame my hand was going like that," Marshall said with his right hand shaking. "It was pretty nerve racking."

He also noted that he was more nervous after the game and as Thursday began. When asked why his nerves would be still affecting him the day after, he acknowledged that the bowling was the easiest aspect of the accomplishment.

Interestingly enough, Marshall's 300 came on lanes nine and 10 at Alex Alleys, the same two lanes where he posted his previous best 290 a few years ago.

The magic didn't end after the second game for Marshall though. He actually had a perfect game going into the 10th frame of his third game as well. In total, he blasted 21 consecutive strikes down the lane before it was all said and done.

"After the first two (strikes), I was back to my normal self until we got back to the tenth frame again, then it was pretty bad," Marshall said of his nerves in the third game. "I didn't finish very good either." Marshall shot a 274 in his third game.

In four games Wednesday, Marshall shot a total of 969, 785 of which was achieved in the first three games. Not a bad night's work.

A three-time-a-week bowler, Marshall explained the key to a good bowling game is repetition.

"It's very much repetition," Marshall commented. "The same turn on the ball and the same lift. You have to do everything the same."

Since Marshall's achievement came during a USBC-sanctioned event, he will be awarded a 300 ring, which denotes his accomplishment. Rings are awarded for a bowler's first perfect game.