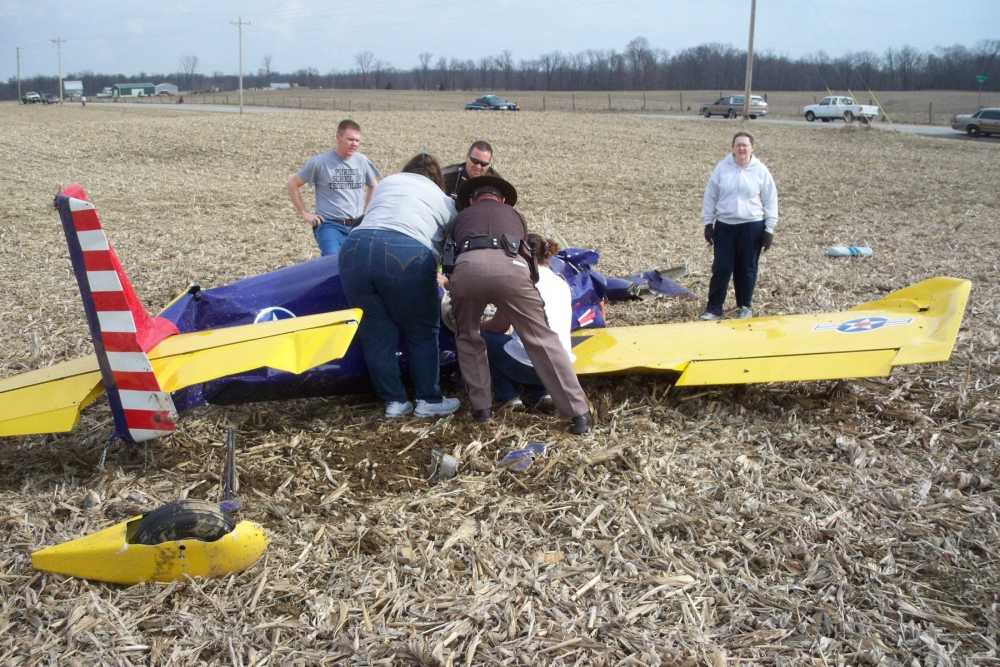 An Indianapolis man was listed in good condition at Wishard Hospital in Indianapolis Sunday after a plane he was piloting crashed in a Putnam County field Saturday morning.

Walter E. Fritz, 80, took off on a solo flight from the Putnam County Airport around 10:25 a.m., a release from the Putnamville Post of the Indiana State Police said. Shortly after, the plane went down in a farm field just west of C.R. 275E and C.R. 325S.

Fritz, who remained conscious, was taken to Wishard via PHI helicopter. According to the release, he may have fractured his arms and legs, and he sustained a laceration to the head.

The Indiana State Police secured the scene until the FAA and members of the National Transportation Safety Board arrived later Saturday to conduct the investigation.

Also assisting at the accident scene were representatives from the Putnam County Sheriff's Department and Greencastle Fire Department.