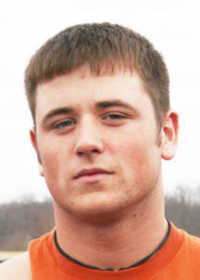 Talent is not the question; it's more of Spencer taking stock of his arsenal of weapons and coming up with a battle plan. What he needs to figure out is how to translate individual success into team triumphs.

"We really don't know what to expect," Spencer said. "We have some returning seniors who had success as individuals and we're right now just trying to lay down a foundation of getting in shape. Then we'll start going more individual in the new week or two.

"We're behind other programs I'm sure at this time I'm sure, but we're just trying to lay the ground work and then go from there," he added.

Those core members represent a variety of events from field events to sprinters to distance and Spencer is optimistic that down the road, the team will convert individual accolades into team success.

"Right now, we have absolutely no idea as far as a team success," Spencer commented. "We're just trying to help each individual get better every day at what they want to do. Hopefully, 12-13 weeks down the road we might make enough improvement as individuals that we become a team that can compete. Right now, it's just an emphasis on individuals becoming better each day."

The coach acknowledged that runners are filtering in from other sports and activities, so his focus lies beyond spring break week. That's when the Cougars will get down to business.

With a team that has eight seniors ready to make an immediate impact, any coach would be optimistic and Spencer is no exception. He knows what he has and is ready to unleash it. 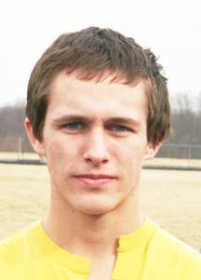 "It's such a dominant senior class and that goes for football, basketball, swimming, baseball and also in track. It's a very strong class athletically and we're hoping to take that strength as a core, as work ethic goes and some performances. Then sprinkle in a couple juniors and couple sophomores and a few freshmen to try to round out a competitive team.

"We think we have a handful of kids in every class that can contribute and two handfuls in the senior class," a grinning Spencer chuckled.

A good turnout and excellent leadership will anchor the North Putnam track effort this season. Spencer hopes that the addition of those two elements will equal success.

"Our numbers are really good," he commented. "They're really high compared to the last two or three years, which a good start. Secondly, we've had a great work ethic from the seniors and I think they've shown they want to get better and they're willing to work extremely hard to get better. It's just a matter of putting in a lot of days and a lot of hours in several weeks to see what kind of improvements we can make."

The Cougars will travel to Cloverdale to take on the Clovers and Eminence at 4:30 p.m. April 7.