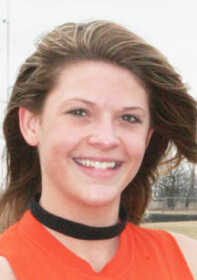 ROACHDALE -- For North Putnam girls' track coach Kevin Lutes, it's all about numbers. The Cougars squad will go to battle with a limited number of competitors, but Lutes has goals nonetheless.

First and foremost is improvement. Lutes believes that although the team might not pull a lot of points, he has some competitors that can make some noise.

"We have small numbers with the girls like we did last year, so it's hard to set team goals other than that I would like to have everyone improve," Lutes said. "I would like to get many girls looking long-term and get some girls out of sectional because we haven't been able to do that since I've been here.

"Basically build the program to where other people are interested, so they will come out. The girls we have are working hard; there's just too few of them to look for a high team score I think," he continued.

The North Putnam squad will field approximately 15-20 competitors this season.

Lutes will have two seniors to anchor the squad in Casey Preecs and Jessie Small. He's looking to Preecs to score some points and set the tone for the squad.

"We have two seniors this year, Casey Preecs and Jessie Small. Casey is one that has been the majority of our points the last couple years. She does field events and is a strong competitor, so I'm hoping she will do well this year and encourage some other to take up the field events when she's gone."

Freshmen will factor in on North Putnam's success. Two girls, Maggie Pinney and Morgan Christy, have shown their coach that they are ready to contribute and are learning the ins and outs fairly well. Lutes also believes that the competition in practice will carry over into the meets. 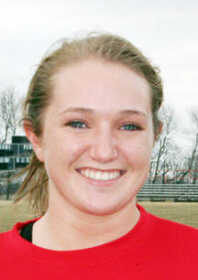 "We do have some girls that are freshman this year that are coming up and some that have never done track before, Maggie (Pinney) and Morgan (Christy). This is their first year in track. Morgan is doing hurdles; she did them in middle school; She really shows some promise. I think she and Maggie and the other girls that are coming up will be good for the girls that have been doing it for a while and push them. At the same time, the older girls can teach them some of the things they've learned, so it's a good mix."

Lutes commented that his team is beginning the season with a good mindset and attitudes and thus far, it has served them well. He also noted that the conditioning level is not where he would like it, but thinks the team has enough time to get ready for competition.

"Right now, there have been a lot of them that haven't really done anything during the winter," Lutes said. " I know there have been a few that have kept in shape, but just getting into shape, doing some strength drills and weightlifting. Some of the young ones, we're drilling form, like how to maintain endurance even if you're a sprinter.

"A lot of them, it's they're first time in organized running at the high school level and they're just trying to get it," he continued.

"We've been working with the sprinters on how to get out of the box, restarting them 10-15 times and I know the tendency would be to roll their eyes but they don't do that," Lutes added.

Versatility will be a strength for North Putnam. Due to low numbers, Lutes will look for girls to perform strong in multiple events. Winning is nice, but Lutes has a more personal goals for his girls.

"Wins aren't the end all be all of track," he commented. "I want them to improve and we're just focusing on that since we have low numbers. I think by doing that and continuing to make the workouts harder as we go and if they are putting in the work, I don't see a problem with anybody not getting better than where they were when they started.

"That's my main goal is to get everybody better," Lutes concluded.

North Putnam will travel to Cloverdale to take on the Clovers and Eminence at 4:30 p.m. April 7.