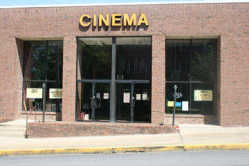 Ashley Square Cinema may face a tougher year since losing a $10 fee per DePauw undergraduate that was used to provide low cost and free movies for students.

GREENCASTLE -- The city's only movie theater, Ashley Square Cinema, may have hit a new low. DePauw University announced recently it would no longer offer a subsidy to the cinema because of unresolved issues with theater owner Frank Katris.

For the past two years, Katris has had an arrangement with DePauw University allowing students to attend the theater for free during the week and $1 on weekends. Students also received half-price concessions.

DePauw was assessing each student enrolled at the school $10 as part of their student fees. That money went straight to the theater.

An e-mail sent to campus residents was sent this summer from Assistant Dean of Campus Life Greg Dillon stating there were numerous issues between Katris and the University.

Dillon stated in his e-mail, "A pattern of concerning behavior on the part of the theater ownership has emerged."

He also said the university tried to work out the issues because of the positive response from the student body for the low/no cost theater tickets.

"We had concerns about staying in a relationship where students' activity dollars were being used to support upgrades to the theater and yet not all of our students were welcome at the theater. We look forward to working with the town of Greencastle on other joint ventures," said Vice President and Dean of Student Services Cindy Babington.

Earlier this year, Katris appeared before the Putnam County Commissioners to request a county assessment per person in the county of $5 to $7 to make improvements to the theater.

In exchange for the assessment, county residents could attend movies at the cinema for free during the week and for $1 on Fridays and Saturdays. He claimed he would make money from concessions rather than tickets.

He told commissioners the money from the tax would go toward improvements in the cinema such as a digital projector and 3-D movie equipment.

According to Katris, more than 20,000 people visit the theater every year.

Commissioners did not agree to his request.

Katris is currently offering students up to age 13 a discounted $3 ticket price at the theater.