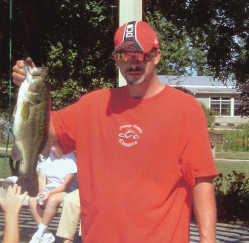 Mr. Goebel graduated from South Putnam High School in 1997 and from ITT Tech in 1998. He worked as a laborer out of the Laborers Local 120.

He was preceded in death by a brother, Michael Anthony Goebel on Aug. 1, 2006.

In addition to his parents and his wife, survivors include two daughters, Audra and Alyssa; a son, Jordan; three brothers, Tyrone, Nick, and Kyle; a sister-in-law, Shelly; several nieces, nephews, extended family and close friends.

Funeral services to celebrate his life will be held at 11 a.m. Tuesdaym at Family Funeral Care officiated by the Rev. Patrick Smith. Interment will follow at Stilesville Cemetery in Stilesville.

The family will receive friends from 4 to 8 p.m., Monday at Family Funeral Care in Indianapolis.