By JARED JERNAGAN and CAINE GARDNER 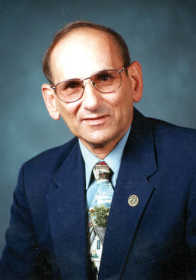 GREENCASTLE -- The memory of a caring local resident will live on this weekend with an event that would make him proud.

The DePauw men's basketball team will host the seventh annual Mike Rokicki Community vs. Cancer Challenge today and Sunday to raise money for cancer research and awareness. All proceeds from the tournament will benefit the American Cancer Society, through the Putnam County Relay for Life, in memory of Rokicki.

Rokicki was a one-of-a-kind citizen who was a member of 19 organizations, including a three-term stint as the president of the Greencastle City Council.

Other organizations he was involved with include the Special Olympics, the United Way, the Lions Club and Putnam County Comprehensive Services.

Along with Fire Chief Bill Newgent, Rokicki developed the Friends of the Fire Department program in 2001. The organization has helped the department gain access to previously unavailable grant money due to its not-for-profit status. Since its inception, the program has made it possible for the fire department to purchase equipment needed to provide the citizens of Greencastle a greater sense of security.

For this and his many other efforts, Rokicki was honored as the 2002 Greater Greencastle Chamber of Commerce Citizen of the Year.

After Rokicki passed away from cancer in 2003, DePauw coach Bill Fenlon, along with the Greencastle Kiwanis and Rotary Club, announced the Mike Rokicki Community versus Cancer Challenge.

Since then, the event has raised thousands of dollars for the cause.

The event will open at 6 p.m. today, with DePauw hosting Washington at Jefferson College. At 8 p.m., Wabash College will take on Franklin College.

For Sunday, the consolation game is set for 2 p.m., with the championship set for 4 p.m.

The Tigers will look to defend their homecourt and win their fifth straight Rokicki Challenge title.

Suggested donations for this event ar $5 for adults and $2 for students. All games take place at DePauw's Lilly Center.