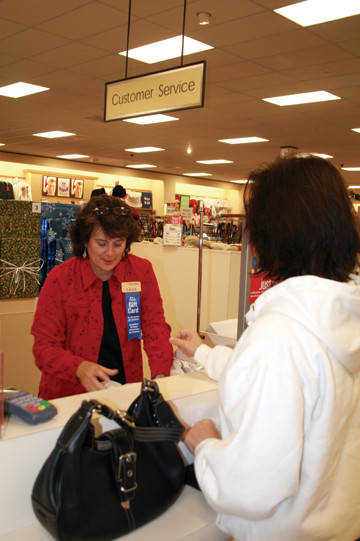 GREENCASTLE -- The day after Thanksgiving has long been known as Black Friday. It's the day when shoppers arrive long before the doors open and find themselves elbow-to-elbow with other deal seekers.

Peebles department store, located in Putnam Plaza, opened its doors at 7 a.m. with consumers waiting to get the best deals. Its neighbor Shoe Sensation had a morning rush of shoppers too.

"We had people come in right after we opened," said Melissa Ewbank, Shoe Sensation store manager.

However, the rush seemed to slow within a few hours for most local stores. Shuee and Sons Great Buys Plus on the square downtown didn't feature door buster sales this year.

"We held an all day sale," said Mark Branchfield, a salesman with Shuee and Sons.

Despite big-ticket items, such as televisions and washers and dryers, the crowd was sparse Friday.

"We did sell a fair amount (of the big ticket items)," Branchfield added. 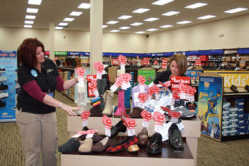 The National Retail Federation (NRF) is expected to release its report Sunday estimating how much shoppers spent over the Black Friday weekend and where they shopped.

The word used to describe Black Friday crowds in 2009 has been "tame." Sears spokesman Tom Aiello noted that after an incident at a Wal-Mart last Black Friday, everyone stepped up plans for a safe day as well.