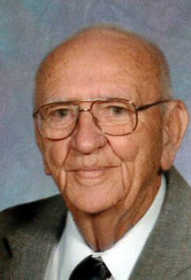 He was a United States Army Veteran, having served during World War II.

Mr. O'Hair had been employed with I.B.M. for 30 years, retiring in 1985. He was a member of the First Baptist Church, Greencastle; an avid golfer; and a former member of the Bainbridge Lions Club and Bainbridge Fire Department.

Funeral services will be at 1 p.m. Saturday at Hopkins-Rector Funeral Home with Pastor Randy McNeely officiating. Burial with military rites will be in the Brick Chapel Cemetery.

Calling will be at the funeral home from 4 to 8 p.m. Friday.

Memorial contributions may be made to the Phi Beta Psi national Cancer Foundation, P.O. Box 14, Pittsboro, IN 46167.

Condolences may be shared with the family c/o www.hopkins-rector.com