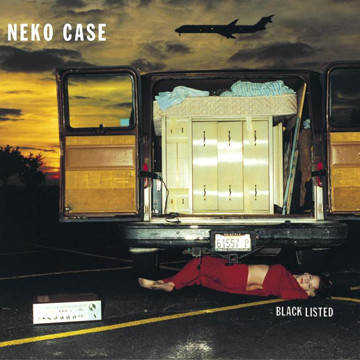 This is part three of a 10-part series on Jared's favorite albums of each year of the decade. The series will conclude with his top 10 albums of 2009.

I was into my 20s before I could truly appreciate music made by women. As a teenager, I was stupid, angry and loud. My musical tastes were similar, and women just didn't convey that very well for me.

But growing up does something for you. One of the underrated lessons of my four years at college was the ability to appreciate beauty. I was a literature major for the novels and short stories, but all the poetry they made me learn did me a lot of good.

I also had the chance to touch upon the study of visual art and music. It all sanded the rough edges, and did a lot of good.

In 2002, I was 21 years old, and three of my absolute favorite albums from female singers were released. At the time, I knew all about Norah Jones' debut Come Away With Me as well as Alison Krauss and Union Station Live, but I didn't discover the real pearl of 2002 until about three years later. Neko Case's Blacklisted is a beautiful, dark and haunting journey of one of the decade's best artists coming into her own.

Any discussion of this album has to begin with "Deep Red Bells," the second track. The first time I heard it was sometime in 2005 on an Internet radio station. For days, it replayed in my mind. What made this beautiful voice seem so sad and desperate?

Later still, I would find out when Case sings about "Those like you who lost their way/ Murdered on the interstate/ While the red bells rang like thunder," she was singing to victims of Seattle's Green River Killer. The desperation of the song comes from Case's memories of being a young woman in the area during the killing spree.

Dark enough for you?

But like any album worthy of this list, Blacklisted is a lot more than one song. "Stinging Velvet" picks up the tempo from the rest of the album and shows exactly how much, perhaps counter-intuitively, a steel guitar can rock. "Look for Me (I'll Be Around)" is sung by a spurned, but patient, lover who assures her subject that he will need her again.

"I Wish I Was the Moon" is my favorite song on the record. Case has said in the past she wrote it for her father, but I've never figured out exactly what it means. Maybe that's why I like it so much. Lines like "Last night I dreamt I'd forgotten my name/ Cause I sold my soul" or "God bless me, I'm a free man/ With no place free to go" will always stick in my head and get me thinking. Sometimes it isn't all about finding the meaning.

Case's career has been a slow burn. She's been producing solo albums since 1997 and her work with various groups dates back to 1993. Yet, each release, up through this year's Middle Cyclone, seems to garner more attention. In some circles, she's also best-known for her contributions to Canadian power pop outfit the New Pornographers.

And yet, for me, neither the Pornographers, nor her work since 2002 can surpass Blacklisted. She remains a great performer, and I foresee any of her new projects being worthy of attention and praise.

It's going to take quite an effort to surpass this record, though.

Wilco, Yankee Hotel Foxtrot: My logical mind kept telling me this was the best album of 2002, but Blacklisted has always meant more to me. Don't let that deter anyone, though -- this is a great album. Wilco has yet to make a bad album.

Alison Krauss and Union Station Live: Here's the list of albums that are an artist's best work: Willie and the Family Live, Cheap Trick At Budokan and this album. That's the entire list, and it's very good company for this recording.

Norah Jones, Come Away With Me: Ooh, that voice. Ooh, that piano.

Flogging Molly, Drunken Lullabies: No one will ever mix rock with Irish folk as well as the Pogues did, but Flogging Molly comes close.