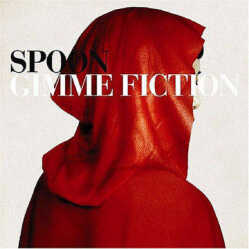 This is part six of a 10-part series on Jared's favorite albums of each year of the decade. The series will conclude with his top 10 albums of 2009, which will be published in the Dec. 31 edition of the Banner Graphic.

Having looked up and down the list of albums for each year, I have no doubt Spoon is my band of the decade. However, that title comes on the heels of four excellent albums, not a single standout. From 2001's Girls Can Tell into 2002's Kill the Moonlight and through 2007's Ga Ga Ga Ga Ga, they were outstanding across the board.

But midway through the decade, they produced Gimme Fiction, a record that catches Britt Daniel and company at the height of their creative powers. As we expect from Spoon, the record mixes inventive sounds and beats with a distinctive catchiness no other band can match.

Anytime you set out to construct a good album, you have to start strong. After whipping through Kill the Moonlight with a set of faster songs, the band opens Gimme Fiction with "The Beast and Dragon Adored," a more deliberate number that displays a slight change of pace. However, some nice work on guitar and piano show they are remain able to turn up the volume, regardless of the tempo.

The strong start doesn't end here, though, as they continue with "The Two Sides of Monsieur Valentine" and the minimalist "I Turn My Camera On," both of which turn the tempo up a notch or two.

As the record continues to play, we find there is also no letdown in the middle, as the sixth track, "Sister Jack," is the strongest of the bunch. Although "I Turn My Camera On" was the single off the album to garner some radio play, "Sister Jack" is the one that sounds closest to a conventional radio song.

At the same time, though, it features some of Spoon's patented unconventional percussion, as a handclap drowns out the drums to provide the beat during choruses.

Singer/guitarist Daniel and drummer Jim Eno have been the stalwarts throughout Spoon's years as a band, so it is no surprise their work is what stands out most on records. Eno's drumming stands out not so much in a "How'd he do that?" way as in a "I need to move to this beat" way. It may not exactly be dance music, but you certainly have to move your head or toes to it.

And then there's Daniel. His vocals and lyrics are always the most interesting part of a Spoon record. It's especially fun on tracks like "The Infinite Pet," when he is singing lead and at least two backup parts. (It's hard to tell exactly how many.) Maybe it couldn't be pulled off in concert, but it sounds outstanding coming out of the mixing booth.

The New Pornographers, Twin Cinema: New Pornographers mastermind A.C. Newman has written some of the best pieces of pop music of the last 10 years, yet hardly anyone knows his name. That's the beauty and tragedy of power pop: it's mix of catchiness and rock edge should be music everyone loves, but no one ever seems to notice.

Black Rebel Motorcycle Club, Howl: A band that started out labeled as a garage band strays far from it with a mix of rock, blues, country, gospel and folk. Probably the most underrated album of the last 10 years.

Neil Diamond, 12 Songs: Rick Rubin revives the career of another recording legend. This time, we get an amazing look at the dark side of Diamond.

Robbie Fulks, Georgia Hard: It's easy to see why Fulks never fit the Nashville mold, but the Chicago-based artist can still tell just about everyone in Tennessee he's "Countrier Than Thou."