Albums of the Decade: 2008 -- The Airborne Toxic Event 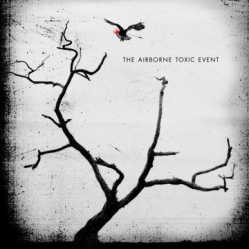 This is part eight of a 10-part series on Jared's favorite albums of each year of the decade. The series will conclude with his top 10 albums of 2009, which will be published in the Dec. 31 edition of the Banner Graphic.

One of my favorite things about music is its ability to surprise me. Unfortunately, when you consume music like it's water, the surprises are often in short supply.

But that's what made The Airborne Toxic Event, the 2008 debut from the band of the same name, such a delight.

Then I actually listened to the album, and I loved it.

The song everyone talks about with this album is "Sometime Around Midnight," and rightly so. The song came out of nowhere to peak at No. 4 on Billboard's alternative charts. It's a highly emotional journey for anyone who's ever been a spurned lover. It builds momentum throughout and finally overflows in a mix of traditional rock instruments and some beautiful strings.

To stop at "Sometime" is a mistake, though. "Wishing Well" is a wonderful opener. "Gasoline" is a fun ride that makes it impossible not to sing along. The opening riff of "Papillon" is infectious and amazing.

The entire album stands as a testament to the fact that not just individual listeners, but the music world in general can be surprised. No debut album from a completely unknown band should sound this good, this polished. And yet, there it sits, the best album of 2008.

A follow-up from the band is still awaited, but I don't envy the band in the task of writing and recording it. The standard is now set pretty high.

Adele, 19: Upon the release of her debut, the British songstress drew a lot of comparisons to Amy Winehouse. However, her music is actually better than Winehouse's, and the ability to stay out of rehab may prove to give Adele a better career.

Billy Bragg, Mr. Love & Justice: As much as you have to admire Bragg for the political stands he takes, he seems to be at his best when he mixes personal themes with his political causes. "I Keep Faith" and "Sing Their Souls Back Home" are two absolutely beautiful songs.

Gaslight Anthem, The '59 Sound: What would happen if Bruce Springsteen were 30 years younger and started out in a punk band? Pick up this gem and find out.

Kings of Leon, Only By The Night: You'd heard the cool kids talking about them for years, but when "Sex On Fire" and "Use Somebody" finally hit the radio, you finally knew what they were talking about.

Drive-By Truckers, Brigther Than Creations Dark: Truckers enter a new phase of their career and don't miss a beat.