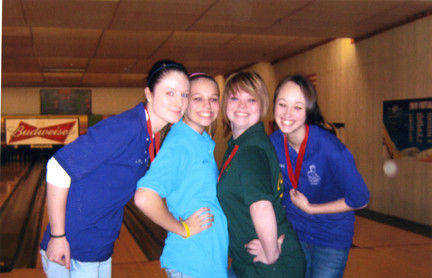 The top four female bowlers in the 2010 sectional were (from left) April Cain, Alex Hyten, Channing Peters and Abby Coffin.

GREENCASTLE -- For the third year in a row, the Greencastle boys' and girls' bowling teams have dominated the field in the Putnam County Bowling Conference.

For the boys, the Greencastle team started pulling away in the first game and never looked back, beating the runner-up South Putnam team by 300 pins. Members of the boys' team are Josh Chaney, Hayden Rogers, Jacob Ensor, Kyle Johnson, Ray Stinson and Matt Cox. 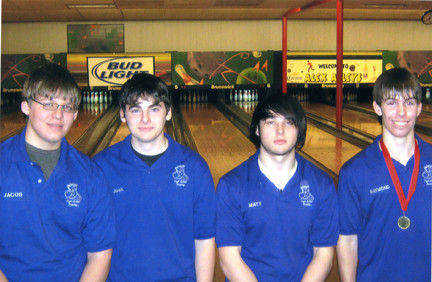 On the girls' side, for the second time in three years a Cloverdale bowler took home top honors. Channing Peters put up a hard fought round to secure the sectional title. Second place went to April Cain of Greencastle, third went to Abby Coffin of Greencastle and fourth went to Alex Hyten of Cascade.

Stinson and Channing both had to win three games in the stepladder competition to reign as sectional champs.

The two GHS teams as well as the top five boys and top four girls will be competing at the regional level at the Terre Haute Bowling Center on Feb. 6, 2010.

Cox and Peters were honored as male and female Conference Bowlers of the Year.