Academy out of tune again 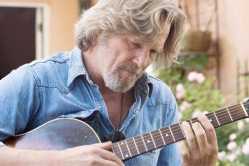 Jeff Bridges' Oscar nod for his role in "Crazy Heart" is one place the Academy was spot on with its nominations. Will Bridges be called to stage on Oscar night? (Courtesy of Fox Searchlight Pictures)

Every year I prepare myself and every year it seems I'm let down. I wait for the moment when the Academy Awards jump out a truly surprise me, and yet again, I get the same old routine from the Academy.

When the Oscars nominations were announced on Tuesday, I was again optimistic that some of my favorite performances and flicks would make an appearance. Let's just say that I was more than a little disappointed.

The Oscar are supposed to be a dashing affair that awards the best of the best Hollywood has to offer. What it's become is a boring popularity contest where the flavor of the moment reigns supreme. I may sound bitter, but when you see a lot of movies and see performances that move you, it's hard to stomach what the Academy attempts to pass off as the crčme de la crčme.

A perfect example of this is the discrepancy between "The Blind Side" and "Crazy Heart."

Everyone seems to be drinking the Sandra Bullock Kool-aid at the moment and if you don't believe me, then why in the world was she nominated for a Golden Globe for "The Proposal?" The movie was passable and had some nice moments, but it was nowhere near what qualifies for a nomination.

"The Blind Side" is the darling of this year's Oscars. It was nominated for Best Actress for Bullock and more surprisingly, for Best Picture. We are up to 125 nominees this year, so I guess I shouldn't be surprised, but that's a rant for a later time.

On the other hand, "Crazy Heart" is nominated for Best Actor (Jeff Bridges), Best Actress (Maggie Gyllenhaal) and Best Song for "The Weary Kind". Did you notice something that was glaringly missing? That's right, no Best Picture nod. It's just another in a very long line of inconsistencies with the Academy Awards.

I found it very disturbing there were no big surprises in any of the major categories. Some may say "The Blind Side" for Best Picture, but with all the hype surrounding Bullock, the Academy couldn't pass the moment up. They got sucked in and I wonder when we look back years from now, if the performance will hold up or not.

My biggest beef with the nominations were the exclusion of Sam Rockwell for Best Actor and Saoirse Ronan for Best Actress. I believe those performances to be two of the best put on the big screen last year and it almost enrages me that they were passes over.

Rockwell is nothing short of astonishing in "Moon." He plays dual roles, acting against himself, and makes it look effortless. This is in fact one of my favorite performances, period. What he accomplished in a small indie flick was amazing. He and Moon director Duncan Jones should feel that the Academy gave them a slap to the face, because that's exactly the case.

I give credit to Jones, though. He mounted a campaign to get his man nominated and did everything short of holding the Academy members at gunpoint. And if the current trend of selections continues, that might not be a bad idea.

Another heavyweight this year was Ronan. She absolutely carries "The Lovely Bones." Stanley Tucci got a nod for Best Supporting Actor and deservedly so. He makes your skin crawl in superb fashion, but the movie hinged on the performance of Ronan. She gave a wonderful performance that was touching and heartbreaking that should have been honored.

Right now I'm pulling for Bridges (Best Actor), Christoph Waltz (Best Supporting Actor) and Anna Kendrick (Best Supporting Actress). I really have no interest in this year's Best Actress category, but if I had to pull for someone it would be Carey Mulligan for 'An Education".

As the Oscars creep nearer, I'll have a few more things to say and on the night itself, I will be blogging live throughout the telecast. Tune in and see if we'll have to storm the gates of Hollywood and restore righteousness.

A full list of nominee can be found at oscar.go.com/nominations/nominees