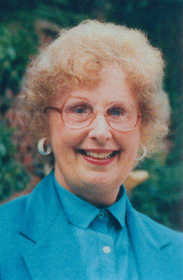 She was born June 18, 1921 in Brazil to George France and Grace Hicks France. She married Forest Mace Aker Oct. 4 1952 at Big Walnut Church with the Rev. Dallas Rissler officiating.

Mrs. Aker is survived by two children, Rebecca Aker of Philadelphia and Stephen Mace Aker of Reelsville, and a daughter-in-law Vicki Timm. She is also survived by two granddaughters, Hannah Aker and Grace Aker.

Her husband, parents and brother George France preceded her in death.

Mrs. Aker was a retired public school music teacher. She taught for many years in the Greencastle School system as well as in Clay City, Reelsville and Miami Beach, Fla. public schools. She graduated valedictorian from Reelsville High School in 1938 and then received a BS Degree from Indiana State University, majoring in music and Latin. She went on to study music at Butler University, the Jordan School of Music.

She received the 1980 Distinguished Citizen of the Year for her work as chairman of the Central Indiana Regional Blood Drive. She was a 50-year member of the Greencastle First Baptist Church, where she served as the choir director, pianist and deaconess. She was involved in many local Greencastle organizations, some of which were Delta Kappa Gamma, PEO, DAR, Garden Club, Crescent Club, Boston Club, Fortnightly Club and Heritage Preservation Society.

Funeral services will be at 1 p.m. Sunday at Bittles and Hurt Funeral Home with the Rev. Randy McNeely officiating. Friends may call from 2 to 6 p.m. Saturday at the funeral home. Burial will be in the Boone-Hutcheson Cemetery.