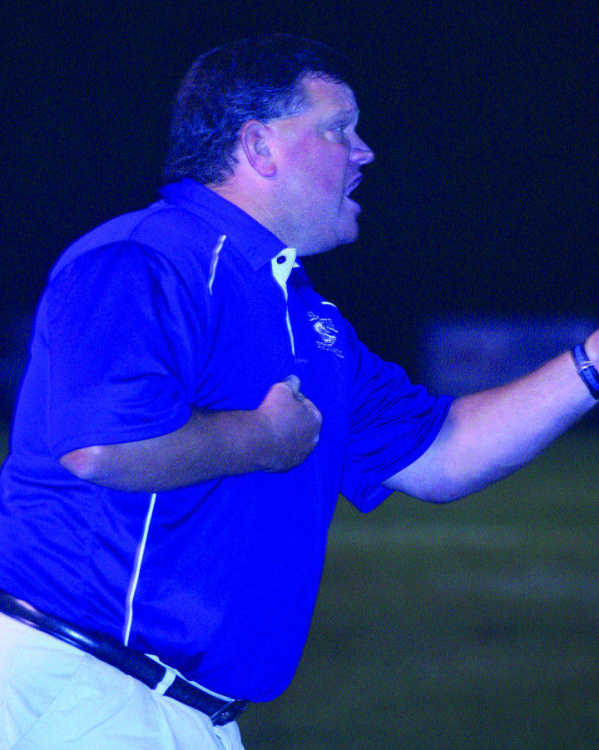 Meyer addressed the board before they voted on his termination as coach, calling his proposed dismissal an embarrassment. He said he was blindsided by the action, and was unclear as to what the reason for it was.

"Communication has been limited," he said. "I have never been written up or formally reprimanded for any action. If this is about wins and losses, they are what they are. I could use every cliché in the book."

Meyer said he had heard rumors about why he was being terminated.

"One thing that's offended me that's gotten back to me is that I don't care about the kids," he said. "I don't understand. I really don't."

When the board did not speak, Meyer asked blunt questions.

"Do you have an answer?" he asked. "Am I still coaching football?"

Board President Barbara Bryan told Meyer that would be decided by a board vote when discussion on the matter concluded.

Meyer's father, Edward Meyer, was next to speak.

"I'm here to support (my son) because I love him very much," he said. "If this is about the number of wins and losses, why wasn't a number shared with him? I think you as a board, as administrators, should have come forward. You didn't warn him at the start of the season."

Edward Meyer said he also had heard "innuendoes" about parents' concerns about his son's coaching tactics.

"If he did something wrong, you've all been remiss," he told the board. "If you believe it as a board, you should have shared it with the coach. You should not treat people this way."

Jacob Wright, a GHS graduate who played football under Meyer's leadership for four years, also spoke on behalf of his former coach.

"The one thing (Meyer) always drilled into our heads was communication," Wright said. "And those people who've said he doesn't care about the players ... that's asinine. I have more respect for him than I do for anyone else at the school, probably. And no one butted heads with him more than I did."

Meyer's wife Brenda discounted any notion that her husband did not care about he students he coached. She cited many occasions when her husband had encouraged his athletes and even gone so far as to travel several hours with them to college visits.

"Mike believes in commitment and honesty," she said. "The players ... they're an extension of our family. He and the other coaches ... Do they yell? Yes. Do they expect commitment? Yes."

Meyer's brother, Tony Meyer, said he had a conversation with a school board member, and that member told him "Your brother isn't the warm and fuzziest guy in the world."

Several parents also spoke on Meyer's behalf. No one spoke in favor of his termination. GHS principal Randy Corn and Athletic Director Scott Knapp did not attend the meeting.

The board voted 3-1 in favor of releasing Meyer from his coaching duties, with Bryan dissenting. Bruce Stinebrickner abstained.

"I'm just going to let the board action speak for itself," he said.

Comments
View 80 comments
Note: The nature of the Internet makes it impractical for our staff to review every comment. Please note that those who post comments on this website may do so using a screen name, which may or may not reflect a website user's actual name. Readers should be careful not to assign comments to real people who may have names similar to screen names. Refrain from obscenity in your comments, and to keep discussions civil, don't say anything in a way your grandmother would be ashamed to read.