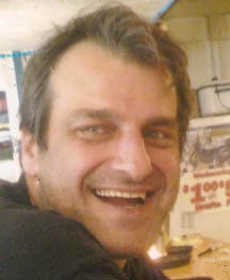 Bruce Allen Webster, 49, of Carbon died suddenly Saturday, May 8, 2010 at his residence.

He was born June 2, 1960 in Brazil as the son of Eddie and Margaret Sanders Webster. He attended Fontanet Grade School, Otter Creek Jr. High School and graduated from Van Buren High School in 1978 and IVY Tech, where he studied computer systems.

He lived in Madison, Tenn. for 10 years before returning to this area. He was employed at Sony DADC in Terre Haute and he had worked at the Brazil 70 truck stop, Red Lobster, Winslow Scale and Columbia House. He was a member of the Moose Lodge of Brazil and spent many hours with friends at the C6 Bar in Carbon. He also enjoyed his computer games, flowers and spending time with his family.

He was preceded in death by his parents; grandparents Floyd and Mae Sanders and Ed and Agnus Webster; brother Rex Webster; and sister Darlene Webster.

Visitation will be 4 to 8 p.m. Thursday at Moore Funeral Home. Funeral services will be 1 p.m. Friday with burial to follow at Bee Ridge Cemetery.

Memorial contributions may be made to the funeral home to help with funeral expenses.

Visit www.moorefuneralhomes.com to send condolences to the family or for more information.