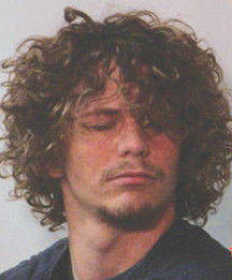 GREENCASTLE -- A motion for release from custody filed by a Greencastle man accused of beating and severely injuring his mother nearly a year ago has been denied by Putnam County Circuit Court Judge Matthew Headley.

Seth Land, 22, is currently housed at an Indiana Department of Correction Facility awaiting a June 10 pretrial conference in before Headley. He is charged with two counts of Class B felony aggravated battery, and could face 40 years in prison if convicted on both charges.

On April 23, Land filed a pro se motion for release from custody and dismissal of all charges. The state filed an objection to the motion on May 3, and Headley denied the motion on Monday.

In his motion Land cited Criminal Rule 4 of the Indiana Code, which states covers reasons a defendant's trial can be delayed.

The rule reads, "No defendant shall be detained in jail on a charge, without a trial, for a period in aggregate embracing more than six months from the date the criminal charge against such defendant is filed, or from the date of his arrest on such charge (whichever is later); except where a continuance was had on his motion, or the delay was caused by his act, or where there was not sufficient time to try him during such period because of congestion of the court calendar; provided, however, that in the last-mentioned circumstance, the prosecuting attorney shall make such statement in a motion for continuance not later than 10 days prior to the date set for trial, or if such motion is filed less than 10 days prior to trial, the prosecuting attorney shall show additionally that the delay in filing the motion was not the fault of the prosecutor."

Police reports said Land had suffered in the past from schizophrenia and other mental illnesses. Recker had planned to use a mental disease or defect defense for Land, court records said.

According to court documents, Land allegedly beat his mother, Sharon Land, so badly on May 15, 2009 that she was taken to Methodist Hospital in Indianapolis, where she underwent surgery. Land lost an eye in the alleged attack, and suffered additional injuries including a severely bruised and torn right eye socket, a swollen left eye, split lips and broken teeth.

The alleged assault took place at Sharon Land's home. Police responded to a 911 call and found her lying on her bedroom floor, court documents said. Seth Land admitted to officers at the scene that he and his mother had gotten into a fight.

A pretrial conference for Land was originally set for July 9, 2009, but both parties notified the court that more discovery time was necessary. Land was formally charged in Putnam County Circuit Court on May 18, 2009.

Per the request of Putnam County Prosecutor Tim Bookwalter, Land's bond was set at $100,000 cash only.

While he was in Putnam County Jail, Land was segregated from other inmates. Because of his past erratic behavior and the amount of care he requires, Judge Matthew Headley accommodated a request by Bookwalter to have Land sent to an Indiana Department of Correction facility to await his next court date.

Land also has several charges pending against him in Wayne County.