Phosphorescent and the sound of heartbreak 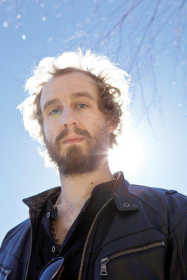 There's a certain weariness and exasperation to Matthew Houck's vocals. He sounds tired, uncertain of himself.

It's the perfect voice for a breakup song.

Perhaps that's why "The Mermaid Parade," about the dissolution of a two-year marriage, is the best song on "Here's to Taking it Easy," the newest record from Houck's band Phosphorescent.

"The Mermaid Parade" is a great piece of country rock, with bold, confident music coming from the piano and moaning guitars. Houck's voice stands in stark contrast, exuding neither quality.

As Houck sings to his former lover, he remains philosophical until the end of the final verse. Seemingly on the verge of saying something profound, he can only finish his thought by cursing.

In that moment, he captures exactly what it's like to be in a disintegrating relationship.

This isn't to say all the good moments are sad on "Here's to Taking it Easy," released May 11 on Dead Oceans. The record kicks off with "It's Hard to Be Humble (When You're from Alabama)," a track that's as much fun as it's title. It's mix of horns, steel guitar, piano and guitar kickstart the album nicely.

"Heaven, Sittin' Down" has the feel of an old-time, traditional singalong in the vein of "Hand Me Down My Walking Cain." It comes from the intersection of a raucous Saturday night on the barstool and a spiritual Sunday morning in the pew.

"Here's to Taking it Easy" isn't a great album across the board, but it's Houck shows himself capable of putting together some high-quality songs. The songs mentioned above, as well as "Nothing Was Stolen (Love Me Foolishly)," "We'll Be Here Soon" and "Los Angeles" are definitely worth the price of admission.

Phosphorescent, Here's to Taking it Easy

Released: May 11 on Dead Oceans