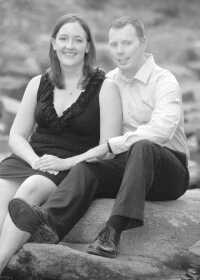 Percy Snyder of Greencastle and Deborah Snyder of Orlando, Fla. announce the engagement of their son, Eric Snyder, to Katherine Sciera, the daughter of John and Mary Sciera of Fayetteville, Ga.

She currently works for the U.S. Environmental Protection Agency in Atlanta.

Beach, Fla. He earned a bachelor's degree in industrial technology from Purdue University in 2001.

He currently works as a product development manger with Lithonia Lighting in Conyers, Ga.

The wedding will be April 30, 2011 on the lawn at Magnolia Hall in Piedmont Park in Atlanta.

Following a honeymoon in St. Maarten, the couple will reside in Atlanta.