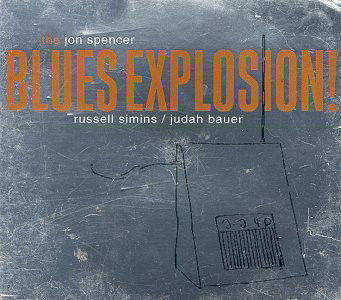 Start with a healthy dose of blues rock. Throw in a dose of 1990s alternative. Now add in some punk attitude, a dash of "Paul's Boutique" era Beastie Boys and a bit of Rolling Stones-esque swagger. Mix well and bake for two hours.

And what do you have? It should sound something like the music the Jon Spencer Blues Explosion was producing in the mid to late 1990s.

"Acme + Acme-Plus" and "Orange + Experimental Remixes EP," released Oct. 19, can be viewed in a whole new light more than a decade after their original release. Bands that have come since, including the White Stripes and the entire early-2000s reemergence of garage rock, show us that this band may have truly been ahead of its time.

A Blues Explosion album is truly an assault on the eardrums. Although the band was and remains composed only of Spencer (vocals, guitar, theremin), Judah Bauer (guitar, backing vocals, harmonica) and Russell Simins (drums), the sound is much fuller. Samples, loops and random pieces of noise make each listen reveal something new.

While a Blues Explosion album may not be for everyone (especially those who read the word "blues" and assume that's what this music is), these albums are a great listen for noise geeks and those interested in the albums as timepieces.

Spencer delivers his vocals like a man possessed, barking out lyrics, the most prominent of which are "Blues Explosion!" Over and over again, he reminds us of who and what we are listening to.

Jon Spencer Blues Explosion albums are not for the faint of heart. It's a loud, unrelenting ride, but worth it for the right listener. In no way do Spencer and his cohorts conform to traditional thoughts about the format of songs or albums, but that's OK.

Sometimes when an artist chooses to toe the line of madness, we're all better for it.