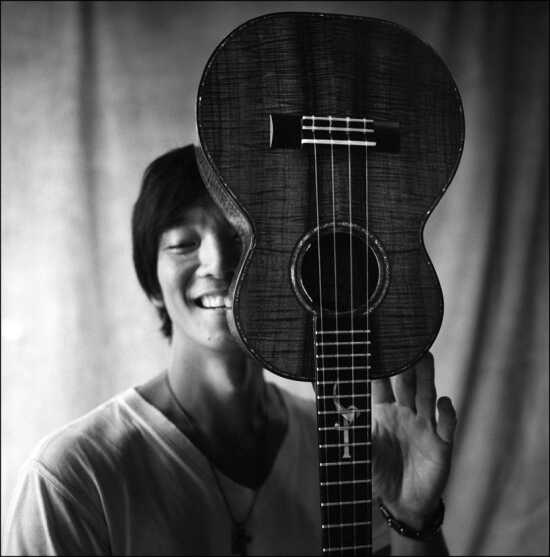 What will attract most new listeners to Jake Shimabukuro's "Peace Love Ukulele," released Tuesday on Hitchhike Records, is his cover of Queen's "Bohemian Rhapsody." It's Shimabukuro's originals, though, that should keep the listeners returning for more.

The 34-year-old Hawaiian ukulele virtuoso is no stranger to covers. While he has been performing professionally since 1998, he rose to prominence through a YouTube video of him playing "While My Guitar Gently Weeps."

On the new record, he takes things to greater heights by tackling and conquering the grandiose Queen classic while using just four strings and two octaves.

He is also impressive on his cover of Leonard Cohen's "Hallelujah" to close the album.

But the real meat of the album falls in the middle, with strong original tracks like "Bring Your Adz," "Boy Meets Girl" and "Go For Broke."

With no vocals, I had to recheck some of the titles to make sure these weren't also covers. Shimabukuro seems to just have a knack for making new music seem familiar.

As someone who has been able to take a traditional instrument and expand it into the realms of jazz, rock and pop, Shimabukuro also has a knack for collaboration. This comes through on a pair of tracks on the new record.

"Ukulele Bros." is a high-energy track written by Bruce Shimabukuro, who plays dueling ukuleles with his brother on the track.

"Trapped 2010," a duet with Iggy Jang on violin, is a study in how two contrasting instruments can work wonderfully together.

While ukulele music isn't for everyone, those looking to expand their horizons a bit may want to check out Shimabukuro's work. His level of proficiency on a truly limited instrument is nothing short of amazing.