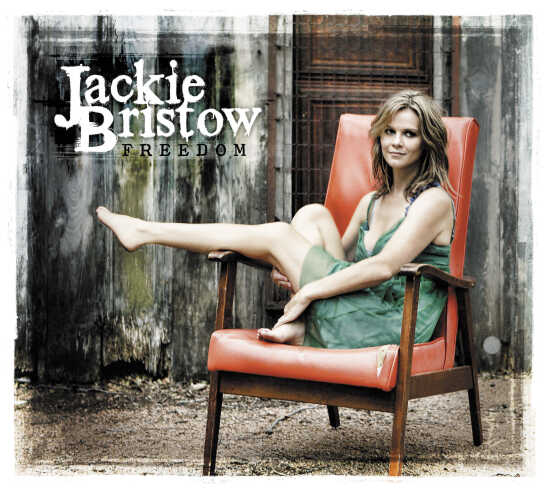 The story of Jackie Bristow's music career is one of a girl and her guitar. The native of New Zealand spent a decade and a half in Australia before traveling halfway around the world to Austin, Texas with just her guitar.

If only "Freedom," her U.S. debut album were so simple -- a girl and her guitar.

Instead, the record, released Tuesday, suffers from its arrangements and production. The result is mix of country, folk, rock and pop that generally fails to properly showcase a strong singer and songwriter.

Bristow has a beautiful voice, one that couples wonderfully with a simple acoustic guitar or other minimal arrangement. This is on excellent display on "River," the album's sixth track. The track begins with just Bristow and a guitar, before growing to a larger arrangement.

It's an excellent arrangement, an songwriter and her words perfectly handled.

All too often, though, the album suffers from having too much. The title track opens the album, trying to be country, rock and pop all at the same time. Unfortunately, it fails to do any of the three very well.

Unfortunately, this sets the mold much of the record follows.

Notable exceptions, besides "River," are "Running," "Pray for the Love" and "Aoterea," an ode to Bristow's native New Zealand.

On these songs, Bristow and fellow producer Mark Punch choose the right handling for her voice, going with a gospel feel for "Running" and "Pray for the Love," and a mix of folk and indigenous New Zealand music for "Aotearoa."

Bristow's ability as a singer and songwriter carry the strong moments of "Freedom," but failures in the production booth hamper much of the record.

This artist shows a lot of promise, but some different choices need to be made on future releases.