Put Your Faith in Action 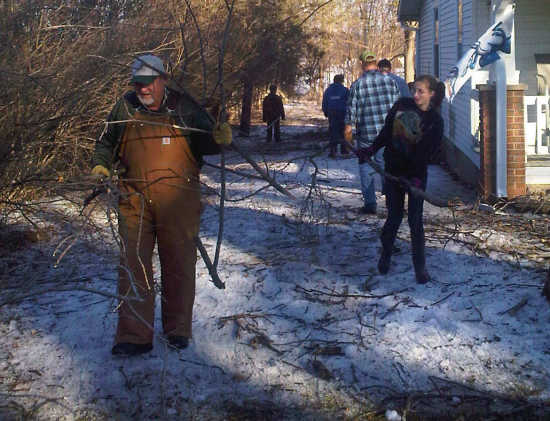 The members of Bethel Missionary Baptist Church spent much of last Sunday cutting up and removing downed tree limbs in the Fillmore area. Nearly 30 people helped with the cause. Many pick-up truck and grain truck loads were removed. "We spent the day taking grain truck load after grain truck load of downed stuff out of Fillmore," Bethel Pastor Nathan Couch said. A local farmer is keeping the limbs on his property until it can be burned. "We had a ton of people from kids all the way up to older adults helping," Couch said. Above left, Ron Cash and Lydia Zeiner carry limbs out of a yard. At left, Wes Schurtter awaits more limbs to fill the back of a grain truck. 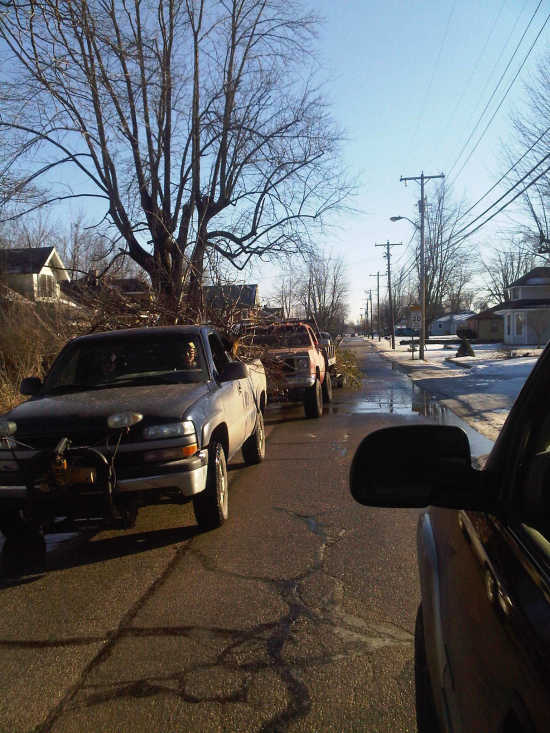 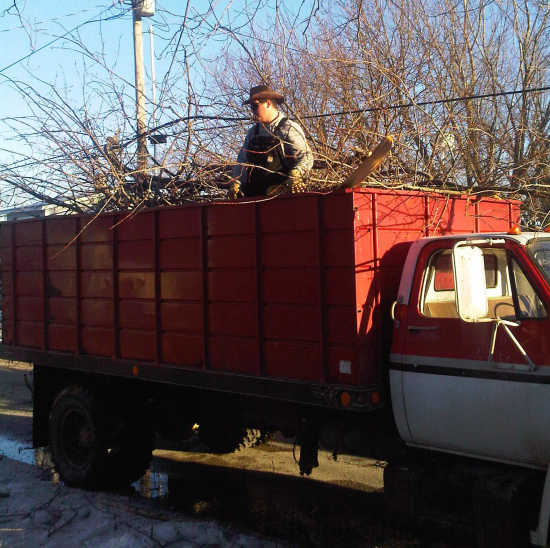