'Cool It': a new take on the climate change debate 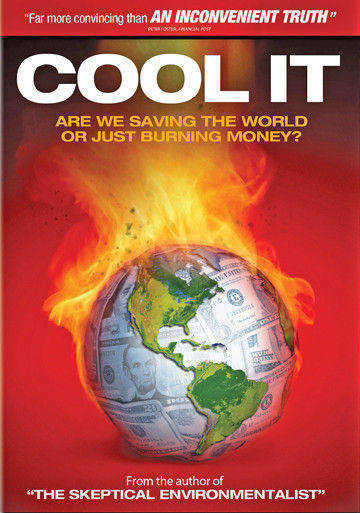 The debate over global warming is one that elicits a strong response from both sides. It's also one that doesn't look any closer to being resolved. The new documentary "Cool It" is a film that puts out a bunch of ideas, but is a little tough to follow at times.

Bjorn Lomborg's book "The Skeptical Environmentalist" sent shockwaves through the scientific community when it was published 1998, which ultimately resulted in Lomborg being accused of scientific dishonesty for the conclusions in the book. In the end, the Danish Committees on Scientific Dishonesty (and yes, it really does exist) found the book itself to be dishonest, but that Lomborg was cleared due to lack of expertise in the field.

Still, the book got people thinking and that's where "Cool It" comes in. The film is filled with scientists that have a wide range of ideas on how to make an impact on our planet, some that are far fetched, but some that show some real promise. But at the core of the film is the question of how to make the planet a better place to live while we are saving it.

There's lots of talk about making change, but not at the expense of who were are. We're instructed to help be part of the solution that makes it possible to keep our lifestyles intact, but doing so in a way to have less of an impact on the earth and making its inhabitants better off in the process.

The film is filled with solutions and that's a good thing. Too often the issue is made political and there's more time spent arguing than time spent searching for a solution. Do we need to break out addiction to foreign oil? Yes, but how do we go about it? "Cool It" attempts to answers some of those questions.

While it's great to see many scientists looking at the issue of global warming and it's impact, the film just felt to be too much packed into 88 minutes. There's a lot of information thrown your way and the average person will need a while to digest it all.

What's apparent is the fact people are working on the problem and trying to do so without getting caught up in the circular debate on the subject. Like I said, some ideas are way out there, but some just make good sense.

There's also the point of not focusing too hard on the issue at the expense of the world's people. Lomborg emphasizes we need to tend to the planet, but also the generation who will be inheriting it in the future. While some issues get bogged down with science-speak, this is one that's heard loud and clear.

The biggest issue I had was with the calling out of Al Gore's "An Inconvenient Truth" as being propaganda. The truth is most documentaries have evolved into propaganda machines and "Cool It" is in the same boat. There's an agenda, and instead of using scare tactics to elicit a response, Lomborg choosing to go after people's common sense. That's not a bad thing, but don't call the other kettle black when you're both sitting over the same fire.

Also the scenes of children talking about being scared of climate change and what they think is going to happen felt a little too fake to me. I'm not saying it was, but most of it didn't feel genuine and it leaves you with an eyebrow raised.

As far as extras on the DVD, you get the trailer and seven deleted scenes. I was hoping for some educational materials with the film, but alas, we get nothing.

Final Cut: While I don't agree with everything Lomborg puts forth in "Cool It", I do agree we need our best minds working on a solution that works and is viable to implement. There's too much at risk not to. I recommend a watch if for no other reason than to get you yourself thinking and becoming part of the solution.