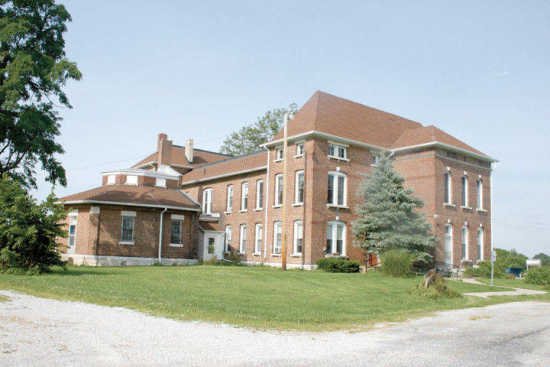 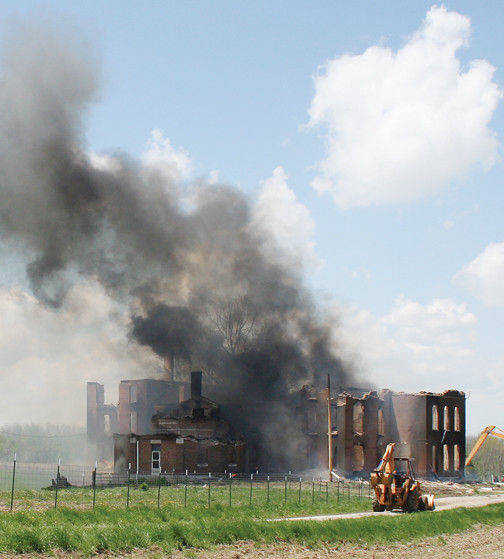 Having stood since 1870, "Green Acres," The Putnam County Home, pictured above before its closure, came down on Tuesday. After tearing off the roof in the morning, crews brought the building down in a controlled burn in the afternoon. By evening, only a smoking pile of brick and stone remained. The Putnam County Commissioners voted to close the facility in 2009, citing a $230,000 annual budget and only five residents at the time. The facility was originally built as a poorhouse for destitute county residents before evolving into a nursing facility in the 1900s. Verlon Clark and his sons, who had been leasing the surrounding farmland for many years, purchased the property in 2009.
Order this photo

Order this photo
Comments
View 29 comments
Note: The nature of the Internet makes it impractical for our staff to review every comment. Please note that those who post comments on this website may do so using a screen name, which may or may not reflect a website user's actual name. Readers should be careful not to assign comments to real people who may have names similar to screen names. Refrain from obscenity in your comments, and to keep discussions civil, don't say anything in a way your grandmother would be ashamed to read.
Respond to this story