Cougars, Eagles set to do battle for title 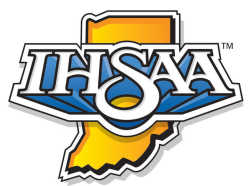 When North Putnam and South Putnam tangled early in the 2011 season, the outcome was lopsided in the Cougars' favor. North Putnam has continued its winning ways since the contest and the Eagles rose to the challenge thrown down by head coach Troy Burgess.

Following the loss, Burgess showed his belief in his team hadn't wavered a bit.

South Putnam has shown just how good they are, running off seven straight wins following the loss and enter tonight's game with a head full of steam.

North Putnam has done what they've seemingly been doing forever and that's winning. They lose key players to graduation, but are always able to fill the holes, never skipping a beat and the 2011 season has been no different.

The Cougars posted their second consecutive undefeated season and have their sights set on a return trip to Lucas Oil Stadium. The defending state runners-up are led by first-year head coach Brian Crabtree and have stuck to what's been their staple for the past few seasons.

This year, the Cougars are getting impressive numbers from Kolten Everts, Hank Spencer, Jake Smerage and Tyler Shorter on offense. Everts has tossed 19 touchdowns and 1,380 yards, with Spencer leading the way in rushing with 936 yards and 17 touchdowns. An added bonus is the fact their defense is still one of the better ones in Class 2A.

Speaking of defense, South Putnam isn't too shabby either. Its defense is only allowing 14.9 points per game, including allowing just seven points in two sectional games this year.

South Putnam has been putting up equally impressive numbers on offense led by triple-threat players Rob Gibson. In his primary role as rusher, Gibson has racked up 1,668 yards and 26 touchdowns, with senior quarterback Seth Hammond displaying efficient passing skills, while recording 1,099 yards and nine touchdowns.

When the two teams faced each other early in the season, North Putnam was able to capitalize on South Putnam's miscues and put up 28 first-quarter point and led the Eagles 35-6 at the half en route to a 48-6 win.

Expect both squads to leave everything on the field, because as with all epic battles, the winner gets to bask in their glory, while the loser heads home with thoughts of what might have been.

North Putnam hosts South Putnam tonight at 7 p.m. for the Class 2A No. 30 sectional final.