He was a graduate of Concord High School in Dunlap. 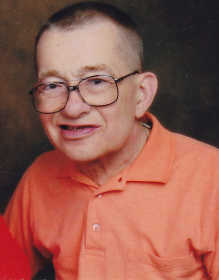 Willie had worked 13 years as a utility clerk for the Kroger grocery in Elkhart, retiring in 2008. He had previously worked at Manchester Tank and the Stevens Spring Co. in Elkhart.

Survivors include his wife, Bonnie; two sisters, Arlene (Lloyd) Shrock of Clermont and Linda (Jim) Nagy of Elkhart; his in-laws, Willard and Jean Scobee of Greencastle; several nephews and a niece.

Funeral services will be conducted at 6 p.m. Friday, Nov. 18 at Hopkins-Rector Funeral Home, Greencastle, with Rev. Mark Miller officiating. Friends may call at the funeral home from 4 p.m. Friday until time of service.

Graveside services will be held at 1 p.m. on Saturday, Nov. 19 at the Chapel Hill Memorial Gardens Cemetery in Osceola, Ind.

Memorial contributions may be made in memory to American Heart Association, Elkhart Church of Christ or the donor's favorite charity.