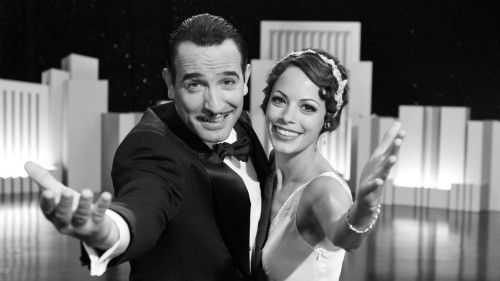 "The Artist" was selected as Best Picture of the Year by the Indiana Film Journalists Association (IFJA) Monday.

The Indiana Film Journalists Association, an organization of journalists dedicated to promoting quality film criticism in the Hoosier State, is pleased to announce its annual film awards for 2011.

Winners were declared in 14 categories, with a runner-up in 13 categories. In addition, a total of 10 movies (including the winner and runner-up) were recognized as Finalists for the top prize, Best Film of the Year.

"Rango" was named Best Animated Film, "Project Nim" Best Documentary and "The Skin I Live In" Best Foreign Language Film. "The Tree of Life" was given the Original Vision Award.

Lindsay Goffman was honored with The Hoosier Award as the producer of "Dumbstruck," a documentary about ventriloquists that was released nationally by Magnolia Pictures.

A word of explanation about the last two categories:

The Original Vision Award is meant to recognize a film that is especially innovative or groundbreaking.

The Hoosier Award recognizes a significant cinematic contribution by a person or persons with Indiana roots. As a special award, no runner-up is declared.

The following is a complete list of honored films:

Best Film of the Year

Winner: "The Skin I Live In"

Runner-up: "Into the Abyss"

Runner-up: Tilda Swinton, "We Need To Talk About Kevin"

Winner: "The Tree of Life"

About IFJA: The Indiana Film Journalists Association was established in February 2009 with six founding members, and has since expanded its roster to 11. Members must reside in the Hoosier State and produce consistent, quality film criticism or commentary in any medium.